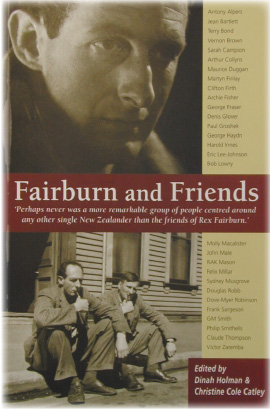 For me, at any rate, it began with a luncheon discussion, on our house deck at Scotts Landing, with David Thom, Auckland consulting engineer and member of planning and environmental bodies. A few of us had enlisted him to give advice on salvaging the remains of the old smelter on Kawau Island.

The year was 1974; Lake Manapouri and the threat to the lake level were much on our minds. David Thom had recently coauthored, with John Morton and Ron Locker, a small book, Seacoast in the Seventies, which had signposts for our local environment.

As we surveyed the blue, idyllic Mahurangi Harbour, Thom observed:

What you need is something like the Guardians of the Manapouri; a watchdog organisation.

Our organisation was launched early this year with a certain amount of hoop-la. The first public meeting, which centred around a specific problem, namely the actual and potential pollution of the Mahurangi by sewage from Warkworth town and from Rodney County beach resorts, attracted 200 very concerned people.

The Rodney and Waitemata Times, its tongue firmly in its cheek, headlined its story ‘Save Us From Our Friends’. But the meeting made it clear to the local bodies involved, and to certain government departments, that old-fashioned, slap-dash, hit-or-miss solutions to sewage disposal problems are not good enough when the environmental future of a very special area such as the Mahurangi is at stake.

On a broader front, the Friends looked to the future. Responding to an invitation from Rodney County Council chairman Gordon Mason to make suggestions for a review of the county’s District Scheme, the Friends presented A Fifty-Year Plan for the Mahurangi, a great deal of which is relevant fifteen years later; indeed one might speculate as to how much of it has in fact been realised.

One result of prolonged jousting with authority—national, regional and local—on various issues, was a felt need to present some sort of positive image in public. A committee member, Ted Wynyard, whose family connections with the Mahurangi went back many years, became a one-man lobby for restoration of the Mahurangi Regatta, a low-key event which had been organised irregularly from 1858 up to the outbreak of World War II.

The files were resurrected, along with slightly tattered official ribbons. The Sandspit Yacht Club took care of the seaward events, the Auckland Regional Authority made available its new reserve at Otarawao (Sullivans) Bay, and the Mahurangi Regatta became an annual fixture.

As years passed, the people directing the affairs of Friends of the Mahurangi changed. I was followed as chairman by Chris Hart, a lawyer then [and is again now] living in the district. Then came Jack Keys, followed by Clive Imeson, followed by Ciminothen: Peter Cole, followed by Harry Bioletti. The committee presented a balance of people from all around the harbour.

While attention concentrated on such issues as a sensible management plan for the river and harbour, on beautification and improvement of reserves and on tree planting in special areas, the watchdog function persisted. This entailed cooperation with the multiplicity of agencies whose activities impinge on the health and welfare of the Mahurangi, putting pressure on them at times, reminding them at times of their environmental responsibilities.

Equally important has been a process of public education, in line with the world-wide elevation of consciousness about these matters. The GreensGreen Party of Aotearoa New Zealand, perhaps, are coming into their own. The Gaia Hypothesis, or at least a new environmental ethic, is taking hold.

The Mahurangi Regatta is held on the Saturday of Auckland Anniversary weekend.
John Male died 29 March 2003

*In 1989 Rodney County Council and the town councils, including that of Warkworth, were compulsorily amalgamated to become Rodney District Council.

Editor’s note The inaugural meeting was held 17 December 1974; with the name adopted: The Friends of the Mahurangi—the The was later dropped. In 2011, the organisation was re-incorporated as Mahurangi Action.