Climate and the economy when green turns to grey 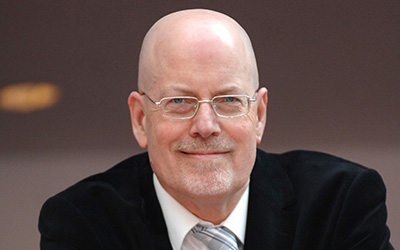 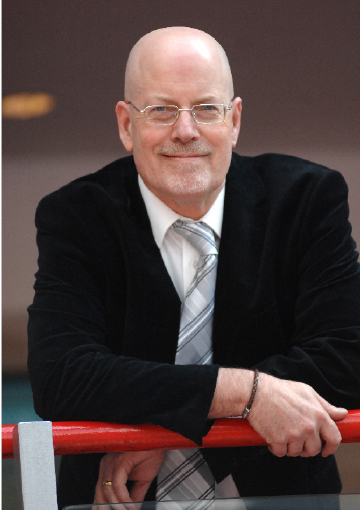 Going Grey: Twenty-two years ago economist Mark Harrison wrote that ‘…the war against CO2 emission will be a Hundred Years’ War—at least’, but meaningful action is yet to begin. image University of Warwick

This article, by Professor Mark Harrison, appeared in Arguments and Facts International. Leaders of the western alliance at the time of writing were the United States president George H W Bush; British prime minister Margaret Thatcher; French President François Mitterand; and German chancellor Helmut Kohl; the Soviet Union, the Warsaw Treaty, and Comecon still existed, but East and West Germany were on the verge of reunification. It is reprinted here in the Mahurangi Magazine because it is only available in PDF format elsewhere on the internet.

Everything that began with Marx, the Paris Commune, the Russian Revolution, 1917 and all that, petered out.

Even World War II became just history. The choice facing western Europeans was no longer one of capitalism or socialism, democracy or fascism but one of market competition either unfettered or softened by social democratic regulation—Thatcher versus Kohl–Mitterand. In eastern Europe, Thatcherism filled the vacuum left by official Marxism–Leninism. In China and Russia, albeit under very different political circumstances, an unstable social coalition of conservative officials and discontented masses temporarily held the line against market reforms, but without the possibility of going back to centralised state planning—they simply preferred economic retrogression and disintegration to the triumph of the market.

Short-lived triumph of the market

In the long run, however, I think the triumph of the market will prove short lived. The last years of the 20th century will surely see the end of the road for free-market industrial capitalism. For 200 years the steam engines, blast furnaces, power stations and mechanised transportation systems of the industrialised and industrialising countries have been pouring out heat and carbon dioxide into the atmosphere of the globe. Until now the oceans have absorbed the greater part of this effluence. Accumulating evidence of global warming now points more and more surely to a future of rising sea levels and a greenhouse climate.

The problem has not only been free market capitalism, of course. State socialism has made a contribution, maybe out of proportion to its industrial strength. The costs arising from pursuit of production at any price have borne heavily upon the environment of the ussr and eastern Europe. This ecological burden has proved one of the catalysts of popular movements for change. Ironically, however, western experience does not provide any evidence that eastern Europe’s turn from administrative planning to market allocation will, by itself, restrain even the imposition of directly toxic substances by industry on the human environment, let alone the pumping out of greenhouse gases.

Will free market economies adapt—freely, or under indirect government regulation—to the imperatives of the 21st century? It seems unlikely. One part of the problem is Western governments’ quest for short-term political gain that leads President Bush to deny the problem, or Mrs Thatcher to admit the problem but do little or nothing about it. Each country waits for others to make the first unilateral step. The other part is that while the market is well suited to enabling gradual, incremental adjustment of the economic structure in a context of overall expansion, it will not bring about the massive retrenchment and restructuring required to stabilise the world’s ecology. A modest ‘carbon tax’, for example, might slow down the rate of growth of CO2 emissions, and accelerate the search for energy saving technologies, but for ecological stabilisation it would have to be set at literally prohibitive levels, squeezing out consumer demand and much of what counts today as the “enterprise” sector.

What kind of change in the economic structure is required to meet the challenge? It does not take a crystal ball to forecast three main needs:

What kind of economy system will be required to secure these conditions of global survival? As consumer sovereignty withers, the market will lose its functions. Government, not the market, will force retrenchment and structural change. Western governments will have to share responsibility and take the lead, not hang back and wait for a free ride. And this is at best, the worst alternative being that no one will face up to the challenge, and that human society will disintegrate into chaos and catastrophe.

If a historical model is sought, the best place to look may well be World War II. Then, too, global crisis forced the major European economies into a common mould, regardless of their different social and ownership systems.

The war compelled huge government expenditures on destructive technologies, while consumer demand was massively repressed. Machinery, fuels, materials, transport—‘Is your journey really necessary?’—and food were all rationed. Eligibility to work and hours of labour were all subject to pervasive government controls. Everyone was at war, even women and children, hundreds, even thousands of miles from the front line.

The war against global warming will be like the war economies of 50 years ago, because everything will eventually be concentrated on relatively simple, limited objectives of public survival and private austerity. Another common feature will be that, while atmospheric warming on a global scale will be slow and continuous, local change will be discontinuous and unpredictable, bringing an increase in extremes of variation and a succession of climatic crises; each region will lurch from one unforeseen emergency to the next.

The main differences between the war economies of World War II and the future economy of warfare against global warming will be twofold. One is that the repression of total activity will be still more severe, because all final output uses energy.

If the parallel with a war economy is plausible, it also suggests that the war against global warming may not result in a morally greener, more nature-friendly, more communitarian way of life. People will do what is necessary not because they choose to, but because government will make them.

Regardless of the social and ownership system, government restraints and controls will dominate activity. For most people, life may well become greyer, not greener. Some may protect themselves through advantages of wealth and influence, making life for the rest all the harder. Since most positions of power in society and the household are already occupied by men, women face reinforcement of their traditional role in domestic drudgery. If the alternative is presented as further increases in temperature and drowning of extended land masses, people may feel forced to accept the backward movement of society.

So I’m sorry for everyone. I’m sorry for the privatising finance ministers of Poland and Hungary, for the architects of German and European monetary union, and for the frustrated market reformers of the USSR, because their time is already going before it has properly come.

I’m equally sorry for my own illusions—for the years when I argued for market socialism based on a pluralistic political system, which now looks even less likely.

I’m sorry for the consumers of western Europe, who will lose what they had, and especially sorry for the consumers of eastern Europe who never had it. But still not as sorry as for those whose traditional agriculture is already being devastated by climatic change, and for the tens of millions of Bangladeshis and Micronesians whose homes are already fated to sink beneath the flood waters of the melting polar ice caps.

Is there any way of mitigating the worst features of the war economy scenario?

The burden of adjustment facing the world’s richest countries looks too great to shift—nor should it be shifted when it is the world’s poor that are already suffering disproportionately. But if these changes can be secured with the understanding and participation of ordinary people, women and men, in their communities and places of work, their worst possible effects can be relieved. Political dictatorship will save less carbon fuel than uncorrupted and informed popular consent. The Hundred Years’ War economy will not need gross economic and social inequalities. Men as well as women can share the additional domestic burdens.

But this marks out an agenda to which Thatcherism can contribute little. The response of free market liberalism to the problem of government is to restrict it to a minimum. Socialists are the ones who have had to think, and think most painfully, about the authority of government, about popular control and democratic rights in the midst of massive bureaucratic regulation.

I predict a renaissance of interest in this field, and indeed believe it to be essential to avert the rise of a new authoritarianism.