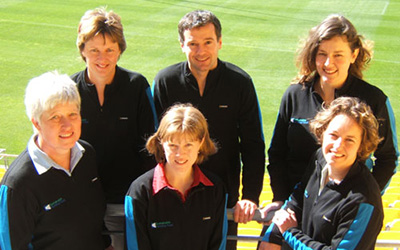 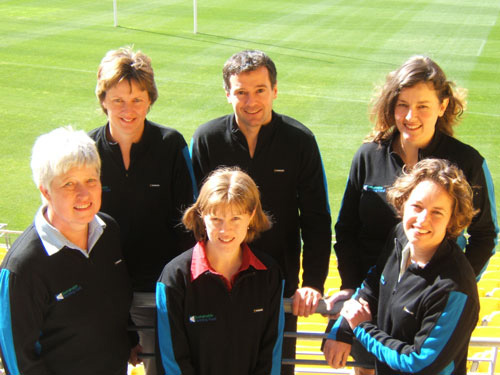 Fund Flexibility: Flexible thinking by the Sustainable Farming Fund team allowed the project to morph markedly, and result in the first ever scientifically designed comparison of the establishment performance of open-ground and container raised indigenous plants. Fiona Duncan, right back, as project adviser for Northland, Nelson, Marlborough, Otago and Southland, was the fund’s adviser the Mahurangi project. image Sustainable Farming Fund

It was right there, in the Sustainable Farming Fund criteria:

…the project will make a positive difference by actively addressing the problem/opportunity (e.g. it involves an innovative proposal and/or will kick-start something that has stalled…)

The team now better understood why its member Dr David Bergin had advised that the Ministry of Agriculture and Forestry’s fund was a perfect fit with its proposed project.

A subsequent discussion, around the van Dorsser’s lunch table at Ngongotahā, revealed the proponents of the project shared the same nervousness: This is too important to stuff up!—was the team well enough prepared? But as such applications are a bit of a lottery, so it was decided to go ahead and apply.

That left the question: What should the project entail? The team didn’t know exactly, but knew what was wanted was cheaper, better, bigger, quicker-to-plant plants of indigenous species, particularly those that would establish and win the war against competing weeds, more quickly, and in unprecedentedly large quantities. The team knew it could be done, because it already had been done—by Jaap van Dorsser, beginning in the late 1950s. But the work had ‘stalled’ and needed ‘kick-starting’. Little wonder the team was excited. 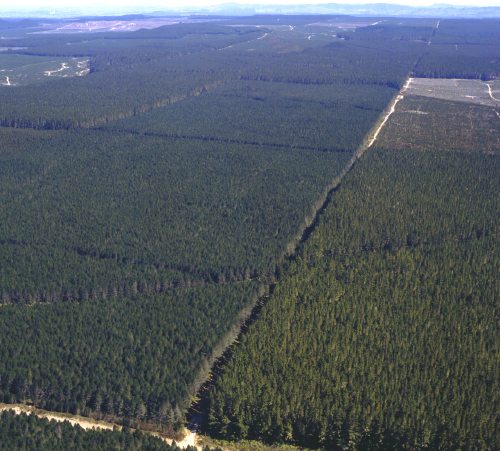 Open-Ground Transformation: It was predominantly with plants raised by the open-ground method that 1.6‍ ‍million hectares of Aotearoa was established in radiata pine. photographer Jonathan Barran

The it referred to is open-ground, or bare-rooted, plants—plants raised by forestry nursery methods. The immediate challenge, while the catchment enjoys the attention being lavished on it by the five-year Mahurangi Action Plan, is to put in place strategies that may need to be sustained for 30–60 years. Despite 30-years work by Environment Bay of Plenty involving a wide range of measures, including riparian fencing and planting, lakes Rotorua and Rotoiti have deteriorated to the classification of eutrophic.

This suggested two options: The first would involve gritting of teeth and competing for tax and ratepayer funds and canvassing individuals and businesses for donations, and recruiting and mobilising volunteers. But even sustainability needs to be sustainable. The second option: Find a more economic means to establish indigenous vegetation.

The incentive for some property owners is purely the satisfaction of restoration, but for others, the appeal is in growing something more directly useful—sustainable indigenous timber. But regardless of the goal, establishment costs need to be reduced considerably, from the $30 000 per hectare it can currently cost, if property holders are going to retire a significant percentage of the catchment.

There are, of course, other land-use options not involving indigenous plant species that are strongly preferable to grazing heavy beef cattle on clay soils in winter—grapes and olives are increasingly being grown.

Meantime, the Sustainable Farming Fund agreed that kick-starting the transfer of forestry nursery practices to the raising of indigenous species had potential benefit for agriculture and forestry—the three-year Omaha Pilot Open-Ground Indigenous Plant Nursery has been nominally funded $135 000. 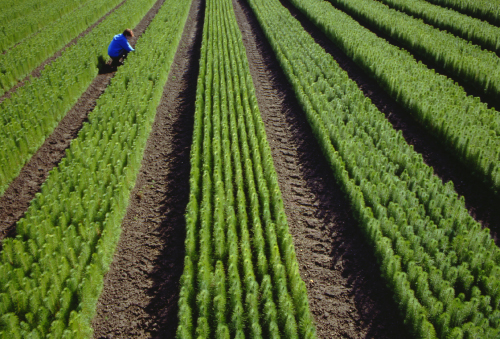 Open-Ground Nursery: Whereas most indigenous plants start life in containers, most exotic forestry plants start life in open-ground beds, and are produced at a tenth of the cost. However, indigenous plants produced by the open-ground method are generally not grown directly from seed, but from seedlings germinated indoors. This, and the smaller scale of indigenous production, means that they are only one fifth, rather than one tenth, of the cost of container-raised plants. photographer Jonathan Barran

It is all confusingly counter-intuitive! Surely, the kindest way to establish a plant is to simply snug it, and sufficient of the soil in which is was raised, into its new location. Why on earth would you want to subterraneously prune back its young root system, and subsequently lift it out of the ground, leaving its roots exposed?

Before trying to answer that, it will probably help to know that forestry nurseries worldwide use just this method. It was predominantly with bare-rooted plants, that some 1.6‍ ‍million hectares of this country was established in radiata pine, and currently some 60 000 hectares are planted annually.

Now that we have established that open-ground plants predominate in forestry, two questions are unavoidable:

The answer to the second question, so as to not prevail on the reader’s patience unnecessarily, is yes—exotic forestry nursery techniques were adapted for indigenous plants, at the Forest Research Institute, and from the late 1950s. 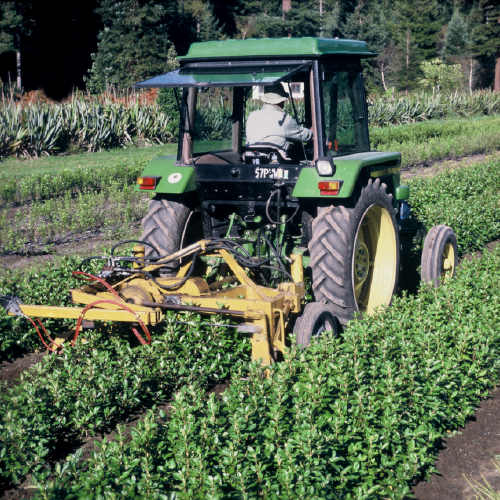 But, back to the how. In nature, trees typically produce vast quantities of seed with view to just a few finding an opportunity to establish and pass on the genetic material. Those fortunate few will find nutrient and water and the shelter they need. The roots will establish a robust, skeletal system that will both anchor the plant, and supply it with the water, minerals and oxygen that are essential to growth.

So in nature, a plant is never transplanted. This generally works admirably for the replacement of trees, or for their gradual progression. Rangitoto Island has done it itself, with the usual assistants—seed-eating and defecating birds. But the process is slow and the outcome is now very much compromised by exotic weeds. South American pampas, gorse, wilding pines (mostly radiata) now cover large areas adjacent to the Mahurangi catchment—35 years from clean pasture to pine forest to pampas.

But establishing trees, on pretty much any scale, involves transplantation, as opposed to planting a seed—it is just not practicable to provide a suitable germinating environment right where each tree is required.

In raising plants bare-rooted, radiata pine is grown from seed at 150‍ ‍mm x 150‍ ‍mm centres, in open-ground beds. Then, some three months before they are to be lifted, the root system is pruned mechanically, progressively. The plant responds by growing a mass of fibrous root close to its base. When the plant is lifted, the soil, having first been mechanically loosened, is left behind—its roots are bare. The advantages:

The last consideration is crucial if there is an expectation that the tree being planted will reach maturity. The spiralling roots seen in many container-grown plants are incapable of subsequently straightening out. As these spiralled roots increase in diameter, the plant strangles and destabilises itself—to the limited degree it would ever have been stable.

Staking usually only delays the inevitable.