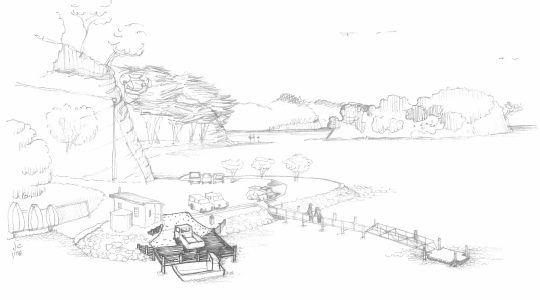 Seagull’s View: Concept designed to improve harbour access for oyster farmers while reducing congestion at Scotts Landing, including through the use of a fewer number of self-loading trucks rather than the predominant practice of utilities and trailers operating from the crude secondary boat ramp, to left of proposed wharf in this view. rendering Jefferson Chapple

Scotts Landing’s new wharf has proved to be wonderfully successful.

As local oyster farmers, our frequent use of the landing means that we get to see just how well it works—from kids fishing through to loading provisions and crew aboard local yachts, and simply as a place for locals to socialise. It is very decidely a pedestrian wharf, which is large part of its appeal.

So, we oyster farmers asked Davis Coastal Consultants to draw up a concept for replacing the old concrete wharf with a structure that fulfils the need to get vessels and vehicles alongside. 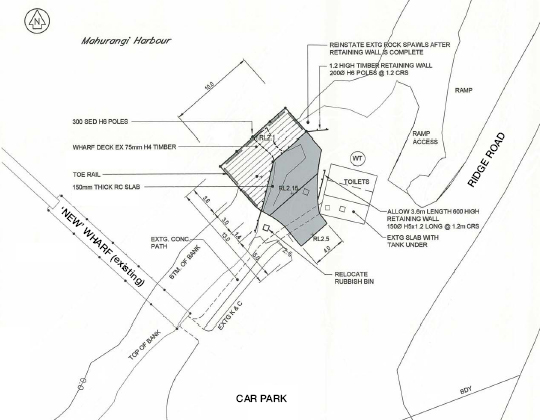 Proposed Vehicle Wharf: By siting the proposed vehicle wharf largely behind the toilet building, and loading and unloading oyster barges there, a useful area of beach is freed up for other boat users. plan Davis Coastal Consultants