Friends of the Mahurangi’s submission was lodged today on the proposed changes to the Auckland regional coastal plan regarding mangrove management. 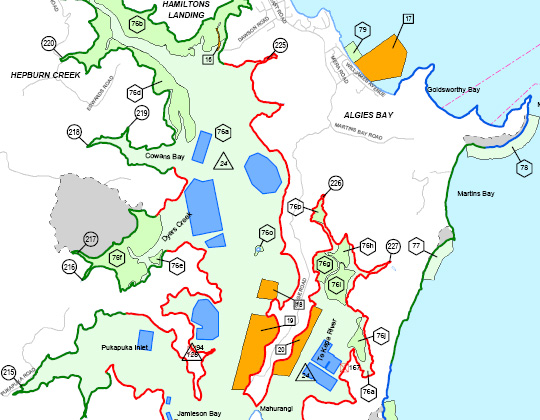 Particularly pleasing is the emphasis on integrated management of catchments and receiving environments:

The effective long-term management of mangrove colonisation requires a reduction in the sediment and nutrient loads entering the estuarine areas, which needs to be addressed through greater integrated management of both catchments and marine receiving environments.

There are however, two aspects of the proposed changes that appear to be flawed; consequently Friends of the Mahurangi has suggested a number of amendments.

Provision is made for the clearing, subject to certain circumstances, of up to 30m² of mangroves, without permission needing to be sought from the Auckland Regional Council. Friends of the Mahurangi Incorporated’s submission is that this would have an unintended result: the cumulative loss of mangrove cover on a scale that, in some places, would be wholly inappropriate—muddier water, more often.

Those hell-bent on removing mangroves could always claim that they were personally responsible for denuding less than 30m², in that particular area, at that particular time.

If it were just me I’d want it to be acknowledged, somewhere [under 16.1], that [colonisation by mangroves is] a natural process that has been accelerated by human activity. It’s the job of the estuary to fill up with sediment and it’s the job of the mangrove to be the estuary’s more than able assistant.