Beyond the action plan rules of engagement

The Mahurangi Action Plan has officially entered a new and crucial phase—
one in which even the name may change. 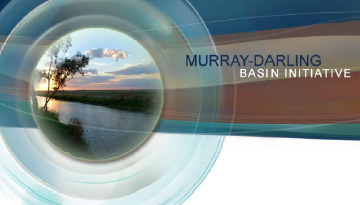 Climate Outrider: The Murray-Darling Basin anticipated climate change by reverting to the region’s drier norm, long ahead of any anthropogenic effect. The devasting combined effects demand ‘partnership between the governments and the community.’ Murray-Darling Initiative

At a meeting of its environmental management committee, on 11 December, the Auckland Regional Council endorsed the engagement process it will use for initial discussions with Mahurangi catchment stakeholders.

This is with view to establishing how the action on sedimentation might proceed, post the five-year action plan period.

…report back by April 2008 for approval of the final engagement process prior to commencing fuller engagement on the long term future of the Mahurangi Action Plan.

The focus to date—on riparian fencing and planting—of the regional council effort has been effective in kick-starting the practical action. But there is widespread agreement between the regional and district councils, and the stakeholders, that a more holistic and community-led process is required for the decades ahead that, realistically, the battle against the elevated sediment accumulation rate will need to be waged.

Ms Morresey has intimated that the council is aware that the title chosen for the five-year action plan may not be optimal for the community-led long-term process.

The only absolute prerequisites, probably, are that the title:

So, how should the Mahurangi catchment stakeholders go about choosing a name under which to fight the good fight, shoulder to shoulder?

A first step might to be to compile a list of candidate titles, both borrowed and original—supposing there is such a thing as an original name!

The Mahurangi Magazine thus begins a list, listed alphabetically, which will be added to whenever a new title is suggested: