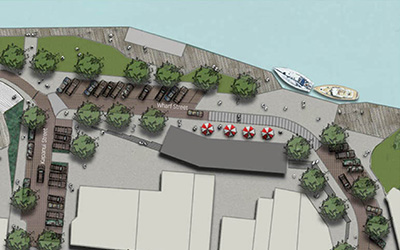 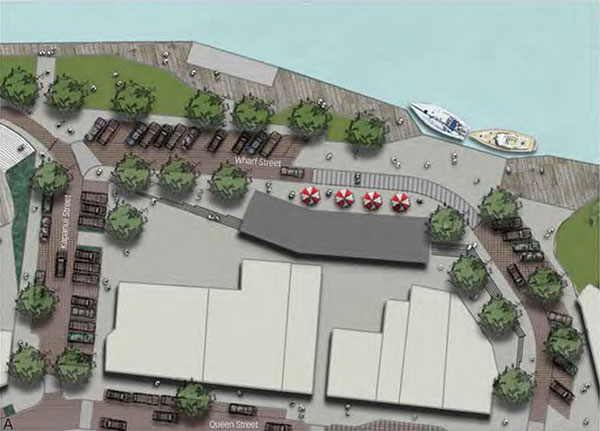 Option 1: Wharf Street was once the vibrant heart of the town when steamboats were the only reliable means of reaching Auckland city. Those attending brainstorming breakfasts in early 2008 had the reasonable expectation that the decades the land had languishing as a car park might be over. But instead, the money was spent in an expensive and famously disruptive main-street upgrade that, within a few years, looked… well, if it had looked literally pedestrian, that would have been something. warkworth concept plan Rodney District Council

The topics discussed at the Mahurangi brainstorming breakfasts are many and varied:

Riverview Café, where the breakfasts occur, overlooks the town’s singularly most inappropriately used area—Wharf Street. It is a rare breakfast when the need to redevelop the area, as a primarily pedestrian precinct with retail facing the river, is not mentioned. With the Warkworth Town Centre Upgrade, Rodney District Council’s Genevieve McGirr might well have been listening from an adjoining table—mind you, Mahurangi Action has been making submissions to that effect since 1988.

In the aftermath of lodging Mahurangi Action’s submission to the Royal Commission on Auckland Governance, the secretary read a New Zealand Herald story that noted one of the authors of the Green Party’s submission was David Hay, the party’s candidate for Rodney. A link was emailed to David to the Mahurangi Magazine, which received an enthusiastic and complimentary response. David volunteered to meet with Mahurangi Action—the brainstorming breakfast being the obvious forum.

Those who attend regularly, and occasionally, concurred—the proviso being that the other candidates be invited, to subsequent brainstorming breakfasts.