Mahurangi Regatta and the revival of a tradition

by Cimino28 Dec 2008About the Regatta, Regatta history0 comments 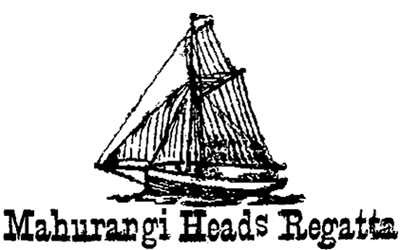 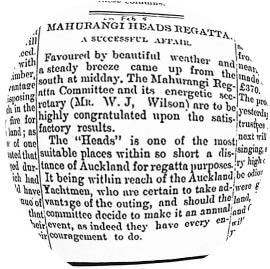 Mahurangi Regatta 1901: When Devonport Yacht Club commodore Martin Foster conceived the race to Mahurangi, in 1966, he was continuing a long-standing relationship between city ‘Yachtmen’ and their first harbour north. publication Changing Times, 2009

The first Mahurangi Regatta is not recorded. The first possibly dates from the establishment of Gordon Browne’s spar station in the harbour, in 1832.

More probably, Mahurangi’s first occurred when hms Buffalo called in 1834—spoiling things, in Browne’s opinion, by paying local Māori too much for their labours extracting kauri spars. In any event, as Dr Ronald H Locker writes in Jade River: A History of the Mahurangi:

The Mahurangi Regatta effectively lapsed during World War Two but was revived in 1977, by Mahurangi Action, which initially chose the earliest Saturday in January with a tide convenient for boat launching, 8 January, as opposed to the traditional Boxing Day.

The popularity of the revived regatta was such that its destiny as an annual fixture was inescapable.

Coincidentally, that same year, Devonport Yacht Club moved the start of its annual Mahurangi race to the Friday evening of Auckland’s anniversary weekend—the club had been racing to Mahurangi since 1966, but on the Saturday. It took Friends of the Mahurangi and the Sandspit Yacht Club, which organised the sailing races, until 1979 to embrace the obvious synergy.

The Mahurangi and Auckland programmes are perfectly complementary: 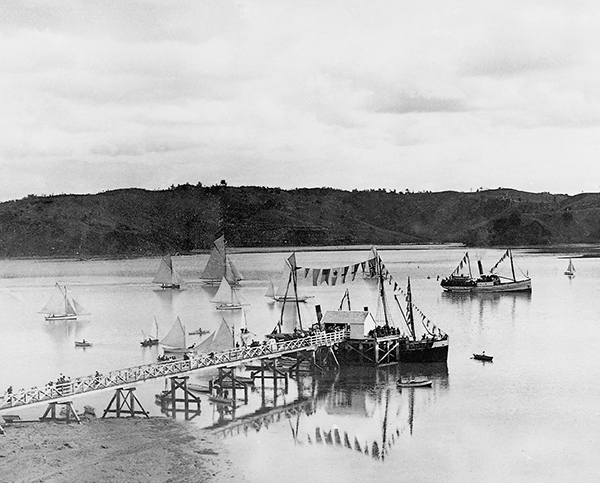 While the Saturday is emphatically regatta day, the Friday night race to Mahurangi can create a unique visual spectacle. When the weather is reasonably light and clear, the fleet arrives after nightfall in a continuous, flowing river of red and green navigation lights stretching from the heads all the way back to Whangaparāoa Passage—best viewed from the editor’s rooftop deck, 100 metres above Ōpahi.

The regatta immediately became a mecca for ‘traditional’ boats. Ralf Sewell attended with the Ripple, and subsequently with the Breeze. The historic steam tug William C Daldy was a regular attendee—a massive and aromatic presence.

In 1987, owner of the gaff-rigged cutter Sorceress, Peter Bailey, prevailed upon Robertson Bros. Boat Co. to donate a trophy for wooden-hulled boats of pre-1955 design: the Mahurangi Cup. The 1988 event was thus the dawn of the Mahurangi Regatta as the classic wooden boat meet in Aotearoa.

Pete and co-conspirator Peter Oxborough (1936–2005) consolidated this success by forming the Mahurangi Cruising Club, ahead of the 1990 regatta.

Historical footnote Governor William Hobson did himself a favour, and Aucklanders since a great service, when he fixed their anniversary as the Monday nearest 29 January, the date not of the city’s founding, which was in September, but the anniversary of his own arrival in Aotearoa—he arrived in the Bay of Islands.