Likely look of a Mahurangi unplanned 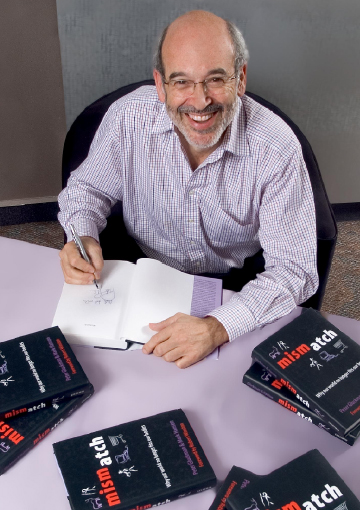 Doing nothing is always an option.

And while doing nothing has already been rejected in favour of collaboratively developing a long-term plan, it is important record where the Mahurangi is otherwise currently headed.

Three conspicuous changes have occurred to the Mahurangi landscape in recent decades:

The casual observer could be excused for assuming that the spate of residential development at Scotts Landing was provided for under the district plan. The subdivision, however, is a legacy of nineteenth-century plans for a town that never materialised. Not only was the location rejected as the site for the capital of Aotearoa, shipbuilding forsook Mahurangi in favour of Auckland—hence the harbour mostly missing out on the scow-building boom.

Few of the smallholdings that were surveyed were ever taken up, and were owned en masse by local farmers. So unlikely did it seem that the lots would be used separately, one Te Kapa farmhouse straddled the boundary between two titles. When recently, belatedly, these smallholdings were developed, their value was as prime, large lot residential sections. The collective impact on the Mahurangi harbourscape is the single biggest chance since deforestation of the 1800s.

Aside from the bank of old Scotts Landing titles, the Mahurangi was mostly made up of lots of around 100 acres. But these may be subdivided for residential use in return for the perpetual protection of indigenous forest—existing or planted. (The often-used term bush lot can be a misnomer because the land covenanted does not necessarily make up the one to two-hectare residential title.) Rodney District Council planners are reportedly contemplating scrapping the provision, presumably believing the resultant scale of subdivision to be inappropriate.

Responsibility for planning in the Mahurangi catchment is set to transfer from Rodney District Council to Auckland Council later this year, with the implementation of the new governance structure for the Makaurau region. It is reasonable to anticipate that the new regional planning department will be at least as exercised to reduce urban sprawl as was the district council’s.

Never the less, without the action plan process, the Mahurangi of the future would be largely predicable. Pressure will build to develop remaining titles without dwellings and existing properties would be redeveloped with ever-larger and more expensive dwellings. A cycle of inexorably rising real estate value and rates will drive out long-term residents in favour of ever-wealthier property holders. Aside from regional parks visitors, the Mahurangi would become the preserve of the wealthy newcomers and many long-standing family connections severed.

The rules that are currently steering the Mahurangi in this direction were drafted with an entirely different purpose: The protection of pastoral activity. While that generally was an entirely laudable goal for a country heavily dependent on primary production, the Mahurangi arguably has a richly more important role to perform, as a prime part of the green belt befitting the Makaurau metropolis.

There are greenbelts and greenbelts. That which Ron Locker envisaged was 100% park—a national park in fact, which would have permitted all to enjoy the freedom he had as a child to wander indiscriminately over the entire Mahurangi landscape.

The greenbelt provided for by the current district plan is strictly a private property, look but don’t touch or traverse.

But picture a different scenario: A greenbelt hospitable to the world-weary refuge from the city.

A landscape criss-crossed with walkways connecting all-but-invisible forest hamlets, and all readily accessible from the water. And updated Queens Chain progressively created a coastline common to at least 10-metre elevation where folk can come and go in peace, and where private property holders are gently dissuaded from digging in for an ugly and ultimately unwinnable war against anthropomorphic sea level rise.

The real estate created in this scenario would exceed that of the gated alternative. And it would be a healthier and more pleasant place to reside, for the rich and famous or for the anonymous resident.

There would be places, beyond ones immediate domain, to wander and enjoy.