A network for Mahurangi restoration and enjoyment 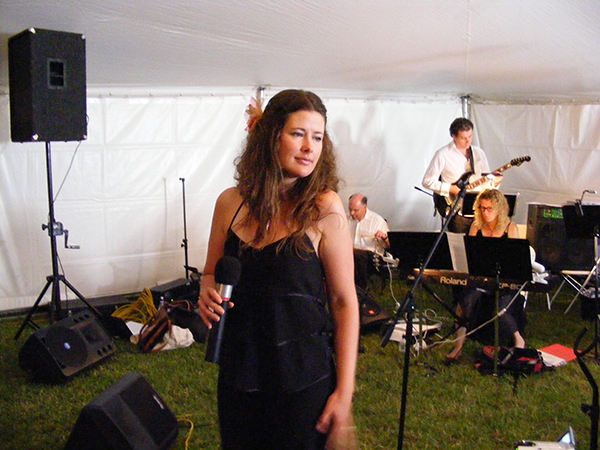 More Than Just a Great Evening: The regatta prize-giving and dance, in addition to being the harbour’s solitary annual social event, is proving to be a powerful opportunity to muster the Mahurangi initiative, which is supported by Prohibition Big Band vocalist and local, Jenny Eirena. photographer Jason Brown

Four years to the day. When folk meet for the first time as the ‘Mahurangi Initiative Forum’, on 23 February 2009, it will be precisely four years since the Wenderholm meeting that was held to discuss the formation of a Mahurangi catchment trust.

At first glance, a new organisation focussing totally on the sediment reduction might have seemed a no-brainer. But given that New Zealanders are inveterate organisation formers, it is noteworthy that, on that occasion, a trust was not formed.

At the meeting, the Auckland Regional Council’s then Mahurangi Action Plan project leader, Stefan Seitzer, failed to convince the invitees that a new organisation was needed. The Mahurangi already boasted a catchment-centric organisation—Friends of the Mahurangi, established 1974—and additionally it was argued that a members-based organisation would be better able to attract funding than would a trust. More importantly, the sediment-centric approach has the fundamental flaw of being focused on a symptom—the elevated sediment accumulation rate that is causing concern is a symptom of unsustainable land use and/or land management. Addressing sediment generation effectively demands a holistic approach.

Accordingly, the Mahurangi initiative concept involves a network agencies, councils, business and community groups each doing what it can to encourage or implement the changes needed. These will range from the introduction of low impact design residential development to a change of land use from the grazing of cattle to continuous cover indigenous forestry—to produce high quality timber.

To be effective, the network needs to include farmers, foresters, the Jane Gifford, land developers, the Mahurangi River Walkway, oyster farmers, ratepayer associations, schools and myriad other projects and stakeholders. This approach seeks to avoid the potential trap whereby a single catchment organisation creates a bottleneck that could all too easily frustrate the efforts of participating entities.

Only time will tell how well the Mahurangi initiative functions. But Monday evening’s forum with guest speaker the legendary Fred Lichtwark from Raglan Harbour will be a suitably unapologetic start. Inviting Fred was the suggestion of Jim Dollimore of Biomarine, who attended the 24 November gathering titled ‘MAP Community Meeting’.

Here’s to the Mahurangi initiative forum being both inspirational and galvanising, and an acronym-free zone!

Update Mahurangi initiative, as a name, failed to fly. And with the subsequent recycling of Mahurangi Action Plan as the name for the holistic long-term plan, ‘Mahurangi Initiative forum’ became simply Mahurangi forum.