If Mahurangi Network, Mahurangi Plan, works for you, read no further. 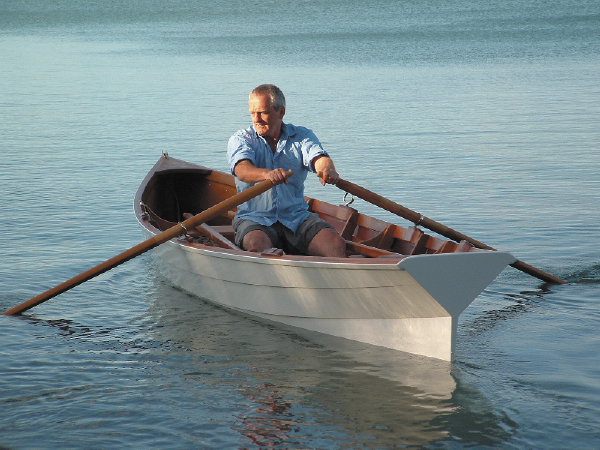 Revivalist: Simon James at the oars of the Penelope, the first completed of two Mahurangi punts he constructed with boatbuilder Kerry Miller. image Miller Family

If it really floats your Mahurangi punt, e-mail your support, but you might want to hold off, at least until seeing the three options below.

Starting with the givens, two key names are needed:

But while Mahurangi Network might work in a similar but more descriptive way to Mahurangi Initiative, Mahurangi Network Plan might conjure up infrastructure—a Mahurangi water reticulation network, for example. The alternative would be to simply rely on ‘Mahurangi’ to provide the link:

In written use, Mahurangi Plan would often be subtitled in some way that spelt out the link, for example:

Likewise the Mahurangi Network could be subtitled with the initiative’s goal:

To facilitate feedback, the following email links will do most of the work for you:

Regarding the goals of the network and plan, ‘restoring and enjoying the Mahurangi’ is enjoying certain support. While it is acknowledged that the network is also involved with protection (environmental), and adaptation (to climate change), the goal needs only to evoke those things.

Meantime, restoring, or restoration, squarely addresses the main job of work to be done in the Mahurangi catchment, provided we stretch restoration to also embrace continuous cover indigenous forestry, for example. Any further thoughts on a five-word goal?