First workshop focuses on the how and the who 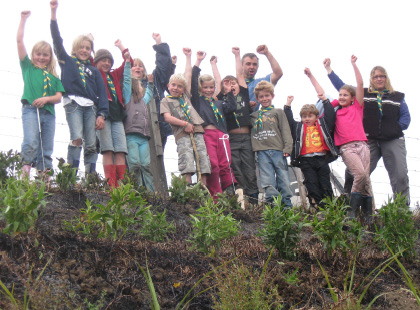 The first was always going to be the most fraught.

This in spite of the objective of the workshops being very simple: To put the plan in the Mahurangi Action Plan, collaboratively.

The plan itself is straightforward, if the premise is accepted that it should principally encapsulate and articulate the initiatives that everyone already agrees are great for the Mahurangi.

But the first workshop first had to deal with the thorny question of how the plan drafting would be undertaken, and by whom.

Much erudite discussion, sometimes esoteric, sometimes impassioned, ensued. The outcome could only ever be decided by consensus—this was no gathering of elected delegates authorised to summarily decide anything and everything by majority vote.

The who
The workshop agreed that the who, as in who undertakes to draft the plan on behalf of the Mahurangi community and its agencies, would be the willing.

The core of that willing, by definition, will be those present—strictly as servants of the Mahurangi community, its groups, projects and agencies.

If participants in subsequent workshops prove to be sufficiently numerous, tasks will be divided between a number of concurrent workshops—nine attended on Monday, not quite doing justice to the catering by Warkworth–Wellsford Hospice.

It was also agreed that contributions to the plan may well be assembled elsewhere—by parties, for whatever reason, unwilling or unable to attend the workshops, which after 10 August’s will generally will be on the first Monday of the month.

With a little help
Regarding the how, Auckland Regional Council is keen to provide help, outsourced from Auckland-based environmental planning consultants.

The workshop, however, expressed a strong preference for involving locally-based professionals.

And it finished exactly on time, at 8pm.

Thousand more planted
In spite of showers on the Friday and a gale of wind on the Saturday, volunteers helped Mike Edwards plant another thousand indigenous plants on his farm, at Hepburn Creek.

Bountiful catering by Snells Beach School Parent–Teacher Association (Friday) and Warkworth Scouts (Saturday) quickly restored exhausted planters’ will to live, although Fridays’ sugar hit made it mandatory for some return Saturday, to burn a little of it off.