Yes to shift a few tons of this earthly delight 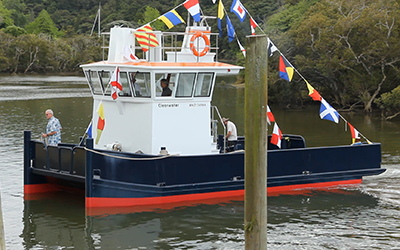 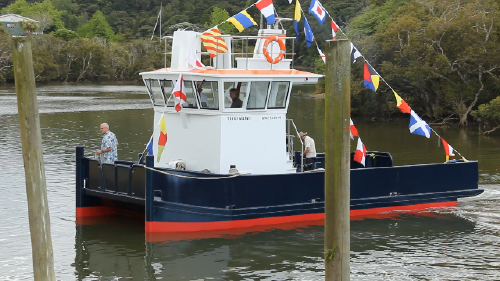 The dream of dredging the Mahurangi River to restore its navigability fills some with hope, some with dread.

The vast majority would welcome it, but only if it could be accomplished without further despoiling the already severely stressed benthic environment, and if the dredgings can do good wherever they are deposited.

Traditionally, dredgings were taken some way out to sea, and dumped. Out of sightCuvier Island is almost literally out of sight, being only visible from the scenic ridge road at Mahurangi West in exceptionally clear atmospheric conditions, out of mind, but at a dreadful cost to the benthic communities directly smothered or otherwise suffocated by the spreading sediment plume.

Over the years, Auckland’s dumping site was chased farther and farther out to sea. Today the dumping site is beyond Cuvier Island—a staggering insult, even by Kiwi standards, to the naturalist who was one of Darwin’s ‘gods’.

It is improbable that the community, as concerned as it is about the navigability of the Mahurangi River, would countenance the dumping of its sediment at sea, legal as that potentially might be. Ports of Auckland has found that mixing dredgings with cement to make mudcrete for the Fergusson container terminal reclamation is a more cost effective and environmentally friendly sell than dumping at sea.

Rodney District Council has made a preliminary study of potential deposition sites, all but one being in the intertidal zone, in the upper harbour and river. The challenge is to locate a site that is not just tolerated by the community, but wholeheartedly embraced because of some wholesome and attractive end use for the area. This may prove to be one of the four intertidal sites, the one non-marine (lime works) site, or some as yet unidentified site.

For several years, Mahurangi River champion Peter Thompson has been canvassing a concept where the community would contribute to the infrastructure that would enable a dredging programme to begin. Mahurangi marine farmers, meantime, see an opportunity to use the same infrastructure to clean up a thousand tonnes of material from derelict oyster leases—the failure to address over decades being a source of considerable frustration with adjoining property holders.

The revival of the scow Jane Gifford has brought the need for dredging into sharp relief. Her ability to operate from the Mahurangi River is currently severely curtailed, and with it her potential role as an environmental class room for, potentially, generations of school children from Mahurangi and further afield.

Community discussion is now focussing on the need to establish a navigation trust to drive the programme. Such trusts exist worldwide, with many in the United Kingdom devoted to the restoration and operation of 1700s navigation canals. Thus, the title Mahurangi Navigation Trust would appear inescapable.

Those discussing the concept are acutely aware that without the community’s wholehearted involvement and support, the Mahurangi Navigation Trust will not get…

to shift few tons of this earthly delight.