Plan only draft but lookout for action 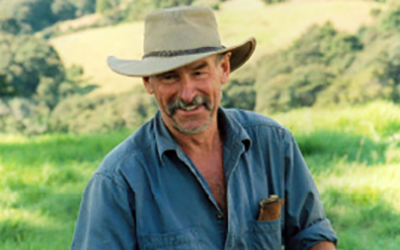 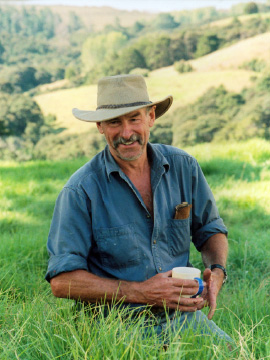 Clear Vision: Mike Neil is determined that ‘his’ stretch of the scenic ridge road remains rural, including to preserve one of Mahurangi West’s best vistas. photographer Maree Owston-Doyle

Mahurangi West farmer Mike Neil was catching up on some reading during a period of physical idleness enforced by carpal tunnel surgery when he saw that a project dear to his heart had been included in the draft plan.

The project is informally referred to as the Locker Lookout, named for Dr Ronald Locker author of Jade River : A History of the Mahurangi. In his book, Dr Locker championed Mahurangi’s scenic ridge roads, particularly Mahurangi West Road‍ – ‍Ngārewa Drive:

Thanks to a sympathetic council engineer, long since lost to the district, a minimal lay-by was created at Dr Locker’s favourite vantage.

The land over which the lay-by looks is held by Mike Neil, whose longstanding mission has been to legally protect the vista in perpetuity and to circumvent residential development along ‘his’ section of the scenic ridge road.

Mr Neil contacted Kim Morresey, the regional council’s sustainable catchments programme project leader, who has overseen production of the draft action plan. The good news was that the funding round was still open, but only just. But by then Mike and his wife Norma were on the eve of their departure to the United Kingdom, to visit aging parents. Undaunted, an application was swiftly lodged for funds towards the cost of removing 20 large pine trees that are currently hogging the view, and to fence and plant a 90-metre strip of land. Although the land falls away steeply from the roadside, mostly low-growing species will be used to preserve the view—the several pōhutukawa that will be included will, in time, frame it. 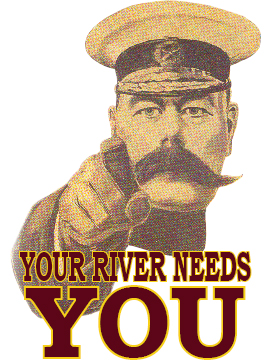 Like many long-term residents, Mr Neil laments the loss of the essentially rural nature of the scenic ridge road. In his two decades at Mahurangi West, a relatively small amount of residential development has occurred, but because it is concentrated along the ridgeline for ease of access to the road, its impact has been disproportionately large.

Clearly the planners have failed to protect the scenic asset Dr Locker signally strove to alert them to. This failure underscores the long-stated need for a plan that established a vision for the harbourscape.

Mr Neil’s initiative in protecting a key section of the ridge road is a powerful demonstration to the new Auckland Council that the action plan is the embodiment of the community’s aspirations for the Mahurangi. It will also improve the chances that planning provisions will be strengthened when the district and regional plans are rolled into one, as scheduled to occur under the new regional governance arrangements.

While Mr Neil is delighted that the scenic ridge road project features, he is keen to see the draft plan better reflect the long-held vision for restoring the navigability of the Mahurangi River and making Warkworth a mecca for visiting boats. Although access and dredging are included, the draft is yet to signal that attracting river visitors and enlisting their support in the battle to reduce the sediment accumulation rate is a key strategy, if not the key strategy. A strategy, he suggests, Warkworth businesses will embrace—the opportunity to tend to the needs of these visitors.

Meantime, in words of Kim Morresey:

Nice to see the plan being used already.