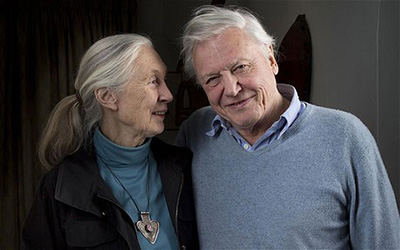 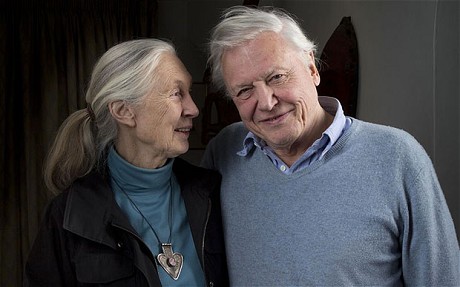 By next New Year’s Day, the population will have just reached seven billion, yet propaganda abounds claiming that it’s not the approaching-seven-billion souls currently inhabiting Planet Earth, but the unsustainable lifestyles of a small proportion of the world’s population that is the problem.

But by any objective measurement, humans have heavily overpopulated the planet. And there is no respite in sight, despite declining birthrates in developed and developing regions. The United States Census Bureau forecasts nine billion by 2042, and provided that it could be fed, the population could reach 12 billion before peaking, in the latter part of the century. For life to be rich, diverse and sustainable, it is probable that the maximum population should be substantially less than half the current number. PopOffsets calculates:

For a ‘modest’ world footprint of 3.3 [global hectares per person], plus a 20% margin for biodiversity and attrition of biocapacity then the sustainable population is 2.7 billion.

Unsurprisingly, Sir David Attenborough heads the trust’s list of patrons—naturalists, naturally, are particularly concerned at the accelerating rate of extinctions due to the twin impacts of anthropogenic global warming and loss of habitat. The immense popularity of national parks, internationally, is ample illustration that humans consider that wild places are indispensable—that there are limits to how much of the planet should be appropriated for more and more of mankind.

However, an optimum long-term population level may still be too many lives to sustain in the shorter term. The other household-name patron of the Optimum Population Trust, along with Professor Paul Ehrlich and Dr Jane Goodall, Dr James Lovelock, father of the Gaia hypothesis, is widely quoted predicting that 80% of the world’s population would perish by 2100. The increasingly irascible Dr Lovelock, who has since sensibly backed off that claim, emphasises the uncertainties of climate forecasts:

…I don’t see how [models] can accurately predict the climate. It’s not the computational power that we lack today, but the ability to take what we know and convert it into a form the computers will understand.

This, of course, is exactly why preeminent climate modeller Dr James Hansen constantly refers to the paleoclimate for evidence of earlier global warming events, such as the ending of the Younger Dryas when Greenland warmed some 10° in several decades or less. While there is no way of accurately forecasting how brutal life might become, in the short term—this century—resources could be severely stretched supporting even a population of 2.7 billion.

Logically, deferring discussion of optimum population until after global warming is ‘addressed’ makes no sense. Had the world swiftly enacted a plan to radically reduce carbon dioxide and other emissions, when Dr Hansen first testified to this need in 1988, some partway-plausible predictions could possibly now be being made as to how many mouths could be fed in the latter part of this century. But even by the 1980s, greenhouse gas levels and the various climate feedbacks guaranteed a prolonged period of warming. And rather than cut back, unabated emissions have further-fueled feedbacks, manifesting short-term phenomena such as the anomalous cold winters being experienced in parts of the Northern Hemisphere, due to loss of Arctic sea ice. 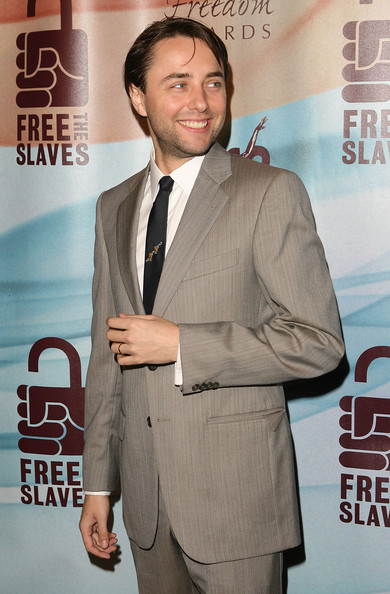 Slavefree: Mad Men star Vincent Kartheiser, in addition to supporting Free the Slaves, is conscientiously carfree and childfree. Slavery, of course, should have been categorically stamped out long since with the same efficacy smallpox was wiped from the face of the planet. photograph Jesse Grant, Getty Images

Going forth and multiplying is the imperative of all living things. By harnessing energy, particularly fossil fuels, humans have managed to multiply beyond biblical proportions. The received dogma is that economics will ensure that population growth rates will self-correct—the more developed a country, the lower its fertility rate. The flaw in this, as a business-as-usual policy, is that long before the population ceases to burgeon, the world’s people will suffer the double-whammy of too many mouths to feed and food production hampered by global warming, including the effects of sea level rise, desertification and ocean acidification.

So given the population must ultimately be reduced to a sustainable level of three billion or fewer, an immediate voluntary virtual moratorium on breeding would greatly improve the odds of avoiding widespread famine, ethnic wars and runaway global warming.

Steven Kotler claims that a five-year moratorium on births would trim a billion off the world’s population. In his piece The Five-Year Baby Ban, Kotler quotes Dr Martin Luther King, Jr., 1966:

There is no human circumstance more tragic than the persisting existence of a harmful condition for which a remedy is readily available. Family planning, to relate population to world resources, is possible, practical and necessary. Unlike plagues of the Dark Ages or contemporary diseases we do not yet understand, the modern plague of overpopulation is solvable by means we have discovered and with resources we possess.

Predictably, Kotler cops a crop of accusations of misanthropy, but none questioning his math, which becomes fiendishly complex to calculate for any moratorium extending beyond a year or two. The intriguing metric would be: What reduction in the fertility rate would be required to arrive at a population of three billion by 2044, when business as usual would otherwise see nine billion? With fertility rates ranging from 7.19 births per woman in Niger to 0.91 in Makau, there is clearly room for most nations to ease up voluntarily—including Aotearoa, from its rate of 1.99.

By labelling his plan a ban, Kotler was bound to provoke outrage—he should have resisted the lame alliteration. But even moratorium may be too strong. What is called for must be voluntary, humane and ongoing. Unfair, for example, for a woman of 35 to be shamed into waiting another five years before attempting her first conception. Nor is the Optimum Population Trust’s ‘stop at two’ enlightened. Many couples happy to forego childrearing are nevertheless delighted to weigh in as aunts and uncles, and as grandaunts and granduncles. In such an environment, couples willing to have more than two children can be lauded, rather than lambasted. A more tolerant attitude would also see conscientiously childfree couples come under less pressure from family and friends to procreate.

The impact of population on our available resources is already apparent. Fifty percent of the world’s temperate and tropical forests are gone. Half of the planet’s wetlands are gone. Ninety percent of large predatory fish are gone, 75% of our marine fisheries are overfished or at capacity. Fifty percent of our coral reefs are gone. Species are disappearing at rates 1000 times above normal. As Yale School of Forestry Dean James Gustav Speth recently pointed out, ‘The planet hasn’t seen such a spasm of extinction in 65 million years, since the dinosaurs vanished.’

Dr Lovelock’s despair at the lack of climate action is forgivable. His invention of the electron capture detector hastened the banning of chlorofluorocarbons, which in turn should have led to anthropogenic global warming being addressed as decisively as was depletion of the ozone layer.

By the time it celebrates New Year 2012, and its population of seven billion, the world’s resolution had better be:

Stop at nothing—back to three billion!

Whose counting The last time the population was half what it is today, 3.45 billion, was in 1967. That was also the year Manabe and Wetherald calculated that doubling atmospheric carbon dioxide would raise the average global temperature by 2°.