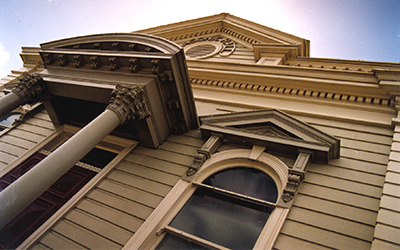 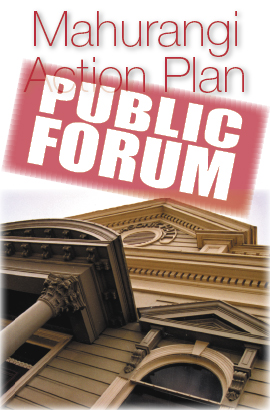 Home of the Plan: The Mahurangi Action Plan mostly took shape during forums and workshops in the Old Masonic Hall. photographer Lyn Bergquist

Local government reform always provokes vociferous reaction. The Royal Commission on Auckland Governance, regardless of how democratically or otherwise it proceeded was always going to aggrieve a goodly percentage of the region.

The semi-rural periphery in particular, was predictably averse to being dragged into what detractors miss-termed the super city.

The reflex assumption was that replacing the existing regional and local councils with a single structure to would mean a loss of local representation. This has not been borne out, although neither has local governance been radically reformed—as it would have been had the submissions of the former Auckland City Council been embraced. At the very least, a greater number of local boards could have been created, better aligning with areas sharing a community of interest.

Be that as it may, tomorrow the local board will meet in Warkworth. Given the inaugural meeting of the Rodney Local Board was held in Coatesville, this means that two of the board’s first four meetings will have been held in other than the old Rodney District council chamber, in Ōrewa.

A welcome change from past procedures is provision for delegations and for a public forum, at every local board meeting. Two deputations are on tomorrow’s agenda. By far the more positive of the two is likely to be that from Te Hana Community Development Charitable Trust, represented by Linda Clapham.

The criteria for the public forum is that subject matter be within the board’s delegated authority, and that speaking time is three minutes—excluding responses to board members’ questions. The agenda lists seven people wishing to address the meeting. First up is Pūhoi champion Judith Williams, on the issue Pūhoi and the Auckland Spatial Plan. After a second speaker, on the subject of the Pūhoi Structure Plan, the Beverley Simmons and Ilona Rodgers are scheduled to speak, respectively on heritage sites and buildings in Rodney, and the Warkworth Town Hall.

Speaker number seven is Richard Bromley, a local surveyor intensively involved in developing the Mahurangi Action Plan document that was approved by the local and regional councils, before they were subsumed into Auckland Council in November last year. The plan is a comprehensive, holistic approach to addressing the harbour’s elevated sediment accumulation rate. Mr Bromley received the encouragement of the attendees to last Monday’s Mahurangi Club to address the board on the need for action plan items to be reflected in the Auckland Spatial Plan.

A paper on the spatial plan, which the Auckland Council now abbreviates to Auckland Plan—presumably to position it above the district and regional plans, which are scheduled over time to be melded into one unitary plan—is being prepared and will be published next month. After a round of consultation in March and April, a first draft of the plan will be completed in June. The current stage involves:

gathering evidence about the current and future state of Auckland in order to inform initial Auckland Plan proposals.

Although Mahurangi Action Plan: A strategic plan for the catchment 2010–2030 will be just one of thousands of documents informing the paper, it is likely to taken into account. It sits in the Sustainable Catchments Programme, along with the much-vaunted Project Twin Streams—one of the Mayor’s 100 Projects:

The feasibility of extending the project is currently being assessed with an analysis of the possible catchments, budgets and funding options. This will be presented to the Environment & Sustainability Forum.

While those projects appear prominently on the Auckland Council website, the Mahurangi Action Plan is a link away—yet to be migrated from the old regional council site.

Tomorrow’s meeting is in the Old Masonic Hall on the banks of the Mahurangi River, where most of the workshops on the Mahurangi Action Plan were held. If a goodly number of those involved in the workshops were to attend, it may help impress board members that the plan is firmly owned by the community—as opposed to something foisted upon it by the old regional council.

May the local board meetings there be every bit as constructive as those on the Mahurangi Action Plan.