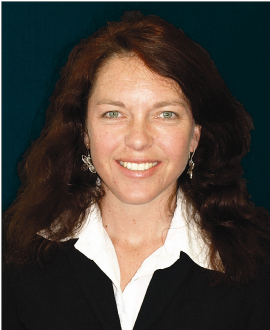 Spatial Planner: Burnette O’Connor’s 18-minute address to the Mahurangi Club should help jump‑start thoughts on how best local aspirations might be expressed, spatially.

Mostly, the Mahurangi Club is the first Monday of the month.

But in March, it will be one week later—the 14th. While Mahurangi River Winery’s Shelley Trotter was relaxed about the gathering being held in her premises in her absence on the scheduled Monday, she was not so happy when she learned that the speaker was to be Burnette Macnicolthen: O’Connor.

The format of the Mahurangi Club is a relaxed, social early-evening gathering, with the prospect of learning something new about the Mahurangi or the world, through an 18-minute address. To date the topics have ranged from sail power—the Jane Gifford, to nuclear power—thorium in particular. Also covered, the means of distributing power—the national grid.

Burnette O’Connor’s talk is about a different form of power—the democratic sort. Titled Auckland Spatial Plan: Getting Mahurangi Action Plan items in it, the talk should jump-start attendee’s comprehension of the spatial plan process, and how they may best ensure that their aspirations for the Mahurangi are included—in short, this was a talk Shelley could not miss.

The terms district plan and regional plan are something of a misnomer. Rather than plans, they are mostly rules. The spatial plan, however, should be quite different—maps of what is, and what is planned for the future; a geographical expression of planning policy. 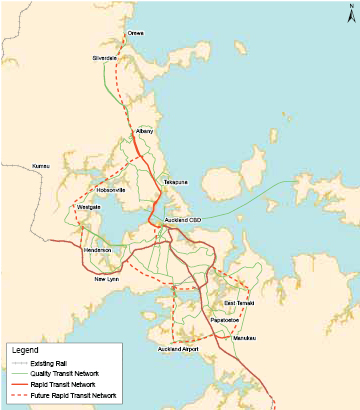 Spatial Planning: One layer of the region’s spatial plan clearly needs to display long-term extensions of the rapid transit network. But the Auckland Transport Blog warns if it is anything like London’s spatial plan, it could be mostly words. map Auckland Passenger Transport Network Plan 2006–2016, ARTA

Transport, water and wastewater infrastructure networks, existing and planned, are manifestly geographical. Public transport, rail in particular, will be of intense interest to those concerned with greenhouse gas emissions. For the goal of reducing carbon emissions by 40% in 14 years to be achieved, transport must be made more efficient, and used more efficiently—moving work to the people not people to the work, at least some of the time.

Of particular interest will be how New Zealand Transport Agency’s anachronistic plans for a new Pūhoi–Wellsford highway are depicted.

Although the planned highway is in the Mahurangi catchment, it is a battle that will take little regard of the Mahurangi community—that fight will likely be decided between the ministers of finance and transport, facing down a double-dip recession. In contrast, the community could well be influential in ensuring that Mahurangi Action Plan items have expression in the spatial plan.

Cycle and walking trails are utterly spatial. And given that Shelley Trotter bought the Mahurangi River Winery largely to catalyse the creation of a Mahurangi network of trails, she has a particular interest in seeing such infrastructure manifested in the spatial plan.

Walkways, however, will not be the only action plan action Shelley will want to see reflected in the plan. On Thursday Shelley hosted a field day on her deer farm, Solway, which makes up much of the headwaters of the Duck Creek catchment. Attended by 40 deer farmers and others, some travelling from Dunedin, Whakatane and the Far North, the field day celebrated Solway’s winning for the deer industry award for excellence in riparian management. The award is sponsored by the Fish and Game New Zealand, and the judges were impressed by the determination with which Shelley had fenced and planted almost every last riparian margin—work originally begun by her father.

Aotearoa’s farmers are deeply steeped in the innovation ethic. The judges reflected that, being particularly impressed with the trial of open-ground and container-raised plants on one of the riparian areas. The Sustainable Farming Fund-backed trial has demonstrated that open-ground plants are more cost-effective to establish than the container-raised stock invariably used. Cost, of course, was the reason that riparian margins planted on Solway before 2004—before Mahurangi Action Plan assistance was available—utilised exotics, which were purchased at about a tenth of the price each of indigenous species. 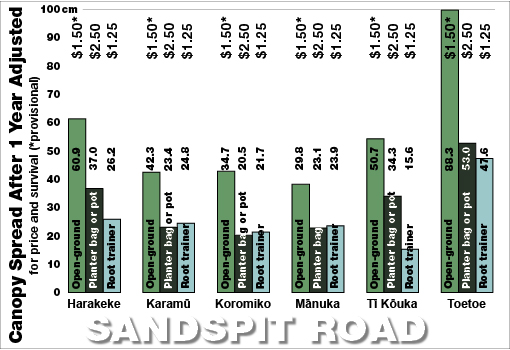 Interestingly, a project tipped to be one of the mayor’s 100, the planting of 500‍ ‍000 trees, failed to make it onto the list. If purchased at the rate paid for high-quality radiata pine seedlings, the plants would have cost $150‍ ‍000. If, however, purchased at the price typically paid for plants produced in PB3‑sized containers, the bill could easily have been $1.75‍ ‍million. But while 500‍ ‍000 may sound like a lot of trees, they would cover a mere 0.016% of the region’s landmass.

An estimated 7.4% of the region has eroding soil. If that were planted, about 240‍ ‍million plants would be required. Or put it terms of the phantom half‑million plants, if the whole lot were put to that use, only 0.21% of the job would get done.

All areas of eroding soil could eventually be displayed on a layer of the spatial plan. Capturing those in critical catchments, such as the Mahurangi, could be made a priority. Much harder, would be how to express the strategic need to ramp up more cost-effective methods of revegetating those eroding areas. Auckland Council could, for example, introduce criteria concerning cost-effectiveness into its funding processes. That way, if a project involves open-ground plants, or something equally innovative, its funding application would score that little bit better.

That, presumably, is where words are necessary, to support the lines on maps.