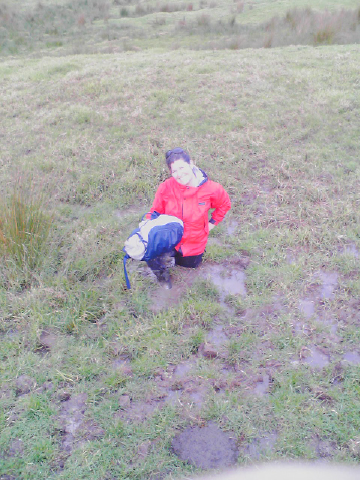 The Mahurangi Club was to meet on the first Monday of every month. That way, attendance of the Mahurangi River Winery gatherings would likely grow, and Mahurangi Action Plan momentum would build.

When the odd Mahurangi Forum was scheduled, the plan was to dispense with that month’s Mahurangi Club.

2011 started well. The second gathering was particularly valuable, thanks to an erudite address by Burnette O’Connor on the subject of the Auckland Spatial Plan. However, being held on the second Monday rather than the first seemed to induce a wobble in the schedule.

April was the appointed month for the year’s first forum. But with the non-availability of the preferred venue, Warkworth’s Old Masonic Hall, the Wednesday that week was settled on.

The next wobble was concern about the forum focus—it had been suggested that a geomorphologist might be persuaded to speak on likely impacts of river dredging, but no speaker was approached.

April’s wheel then fell off completely. The Wednesday chosen clashed with a number of other local meetings, the more serious being with the Warkworth Area Liaison Group’s first Wednesday of the month slot. April had to be cancelled. But things are seldom as bad as they first appear. Auckland Council is very keen to engage and assist with both the Mahurangi Club and the Mahurangi Forum gatherings. And Kerry Pearce, who has been responsible for the Mahurangi Action Plan fieldwork for the past four years, has been given the task of assisting with the gatherings—Kim Morresey meantime, as sustainable catchments project leader, now has very much broader responsibilities, but will continue to be involved as time permits.

Monday then, will be Mahurangi Club as (should be) usual. And apart from continuing the discussion about how best to see the Mahurangi Action Plan reflected in the Auckland Plan, there will be discussion with Mr Pearce and Ms Morresey as to how Auckland Council can best support the ‘club’ and the forum.

The use of the name Mahurangi Club was intended to convey a somewhat social gathering, with the emphasis on informal discussion—aside from an 18-minute address. The talks to date have covered subjects from nuclear power to smart grids, and of course the Auckland spatial plan. What the Mahurangi Club was not intended to be was a decision-making body. That also holds true for the forum. Where the two differ is that the forum strictly focuses on Mahurangi catchment issues and, aside from the 5.30 to 6‍ ‍pm tea and finger food, provides for group and plenary discussion, rather than for informal discourse.

Monday’s Mahurangi Club brings a change in the catering. In order that a cover charge be dispensed with, catering will be on a ‘bring a plate’ basis.

The popular cash bar, however, will prevail.

Update Following Burnette O’Connor’s advice, Richard Bromley is documenting Mahurangi Action Plan events, reports and decisions for inclusion in an Auckland Plan submission. He will likely run through this on Monday evening.