mmp permits youth to be given lifetime licence to vote 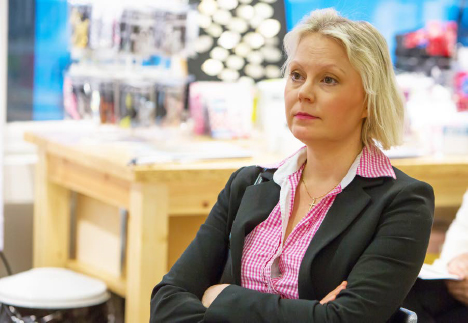 Catching the Cohort: Research by Hanna Wass et al. on Finnish and Danish elections concludes that, surprise, surprise, the cohort eligible to vote soon after turning 18 is that which better develops the voting habit. Small wonder Wass and team see this phenomenon as supporting the case for lowering the voting age to 16. But even set at 16, as in Austria, with a three-year election cycle some would be nearly 19 before voting for the first time—hence the need for shadow voting for the under-aged. image Jari Laukkanen

Before 1996, it mattered—in order to participate in an election, a person needed to be registered in an electorate.

This requirement reflected the Westminster system whereby the extent of a voter’s democratic entitlement was, at best, to help elect a local representative. The representative elected, in most democracies since the 1800s, was invariably a member of a political party, and the party or coalition winning a simple majority of electorates got to form the government.

All this changed for Aotearoa in 1996. With the introduction of the mixed member proportional system, a separate party vote enabled voters to directly support the party of their choice. While voters also retained the right to elect their local representative, this, in the vast majority of electorates, amounted to a nicety, albeit an important nicety, that generallyexceptions included where winning one or more electorate seats was part of a threshold provision, or in the case of Aotearoa, where Māori electorate seats are often won by candidates from parties polling too low to gain list seats had no impact on which parties formed the government.

This election, an unprecedented amount of energy and resources is being deployed to encourage young people to enrol and vote. But one of the bugbears for younger people in voting is that they tend to be somewhat transient. The chairman of the United Kingdom’s political and constitutional reform select committee, Graham Allen reports:

Around 7.5 million are currently estimated to not be correctly registered at their current address, up from six million.

In England and Wales this is a hard nut to crack, but in Aotearoa address need not matter, unless a voter particularly wishes to cast an electorate vote. Generally, it will be older people who care about who represents their electorate, and then the majority can be disappointed, thanks to the crudity of first-past-the-post. 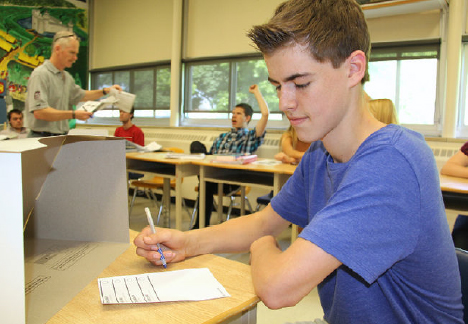 Trickle Up: Not only is concentrating on students the only cost-effective way of reversing the decline in voting turnout, it is also effective in recruiting parents who failed to develop the voting habit as they came of voting age. Here one of the three million Canadian students since 2003 participating in Student Vote casts his shadow vote, earlier this year. image Orillia Packet and Times

The reason, of course, that it is important that young people vote, is that it is the only realistic way of turning around, in Aotearoa, the worldwide downward trend in voter turnout. The trend is particularly problematic, given the abruptly more challenging immediate future, due to escalating anthropogenic global warming. In addition to the shadow-voting-for-underage-college-students advocated elsewhere, school and college students should be involved in annual elections of shadow ‘ministers’ to represent their school. Annual voting is important, because researchers found, based on elections in Finland and Denmark, that:

…turnout is highest when young people can vote immediately after being enfranchised, and then falls away.

While shadow voting would help, a more radical change would be annual elections, about which Thomas Jefferson was unequivocal:

Jefferson might have had his way, but for the logistics of the day. In the event, a two-year term was decided upon for the House of Representatives. Sadly, that chamber is not a particularly good advertisement for shorter terms—a combination of first-past-the-post and shamelessly gerrymandered electoral boundaries means that more than 90% of the representatives elected are incumbents.

New Zealanders have twice voted on the term of Parliament, and both times rejected extending the term, and the second referendum, in 1990, enjoyed both an even better turnout (69.7%) and stronger result (68.1%). While many would wish this election, just 10 days away, over already, once online voting is implemented, and with vastly different electioneering rules, voting annually could result in a lot less fuss, and be far less disruptive of Parliament, than the current three-year circus. It would also potentially better allow Parliament to respond the fast-changing global emergency that is unfolding. As with directly electing the prime minister, shadow (non-binding) elections would be indispensable for trialling this change.

Electional Dysfunction: By simply extolling them to enrol, including with its lacklustre Lorde video, the electoral commission fails to address the real-world impediments to young people voting. A campaign introducing optional electorate-free voting, which would vastly simplify enrolment, would also help get to message across to voters of all ages that the party vote, except in Māori or coattail-gerrymandered seats, is the only vote that matters in respect to which parties get to be in power. cartoon Rod Emmerson New Zealand Herald

Meanwhile, there’s an additional reason to quickly introduce the option of electorate-free voting. Until it was discontinued, after only 13 years, surveys by the Electoral Commission New Zealand asking whether the party or electorate vote was more important in deciding the number of members each party had in Parliament found:

The percentage giving the correct answer varies cyclically depending on the proximity of an election.

The last two times the survey was completed, the percentages of respondents providing the correct answer were 67 and 52 respectively. In 2003, a similar question in respect to the mixed-member Scottish Parliament found only 24% of respondents understood that list seats ensured that parties are proportionally represented—provided, of course, that they crossed the prevailing threshold. Fewer than half involved in the same survey understood that the two ticks were not a first and second preference. This research illustrates just how unintuitive voting, under what the Scots call AMSAdditional Member System, the term used in the United Kingdom for the mixed member system, is, and the only sustainable solution is to fix the system, by allowing voters to rank their choices, rather than to just tick just one. However, in the interim, a campaign aimed at young people that saw electorate-free voting introduced would do much to demonstrate that party-voting is all-important.

When it was threatened by the Third Reich, nearly 12 000 New Zealanders diedThe ratio of New Zealanders killed per million of population (at 6684) was the highest in the British Commonwealth ‘defending democracy’. Dwindling voter turnout and Nicky Hager’s Dirty Politics proves that democracy in Aotearoa is again under serious threat, and anthropogenic global warming will further threaten it, and threaten it profoundly.

New Zealanders spared the horrors of World War II have a solemn and urgent duty to fight to restore their democracy, that the next several generations be spared the consequences of societal collapse.