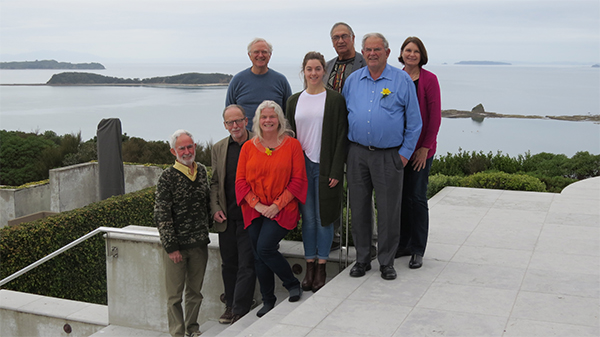 Long story short, the timing of the event will be determined only after the community and the council have agreed on how and where the Pūhoi River is to be crossed.

Regardless, expecting New Zealanders to prioritise a charity fundraiser over a Rugby World Cup final would certainly have been a footbridge too far. Besides, many of the celebrities required, for the event to be billed as a celebrity fundraiser, would otherwise be spoken for, and probably on the other side of the planet. Changing the date of the Mahurangi Coastal Trail celebrity fundraiser, then, fewer than 10 weeks out is far from ideal. The slight upside is this ready-made excuse to re-publicise the event, and what it seeks to achieve, which in a nutshell is to convince Auckland Council that the only potentially contentious component of the proposed coastal trail, the Judge Arnold Turner Footbridge, is imminently doable and has thunderous public support.

To date, even before invitations have been printed, 14 people have committed to attend, $6000 has been pledged of which $2000 has already been banked, and held in trust, as will all money received in the unlikely event that some unforeseen impediment prevents the Mahurangi Coastal Trail from proceeding. Of much greater value, in the meantime, is the pro bono work being done by professionals, which includes accountancy, engineering, event organising, legal, resource planning and surveying. Then there is the venue for the fundraiser, Tu Ngutu Villa with its wraparound vistas from the Wenderholm Bluff, Maungatauhoro, to the Mahurangi Harbour—the entire route, in fact, of the coastal trail—which is being provided free of charge.

The list goes on, from the wine being donated by two Mahurangi wineries, to the spot prizes offered by Pūhoi River Canoe Hire. It is the undertaking of the Mahurangi Coastal Trail Trust, which is awaiting incorporation, that all contributions will be used on the physical construction of the footbridges, or will be returned in full, unless otherwise arranged for—an all-or-nothing appeal. The signatories are Tessa Berger, Bill Burrill, Cimino Cole, Temepara Morehu (chairman), Richard Pearson, Shelley Trotter, Bronwen Turner and Roger Williams.

Much has been achieved in the 11 months since Christine Fletcher’s parks, recreation and sport committee responded so enthusiastically to Mahurangi Action’s presentation of the coastal trail concept, and instructed the regional parks management to proceed with planning for Te Muri: the first concrete step towards the trail. By the time submissions closed on the first phase of planning, two weeks ago yesterday, 88 supporting the coastal trail had been sent via the form provided by the Mahurangi Magazine.

Good enough reason to deploy another form here, to make it easy for readers to indicate their unbounded enthusiasm, or otherwise, for attending when the fundraiser finally materialises.