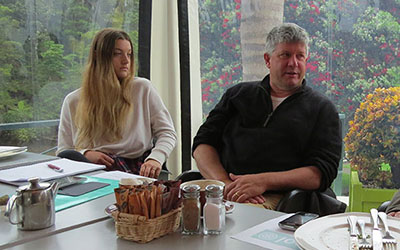 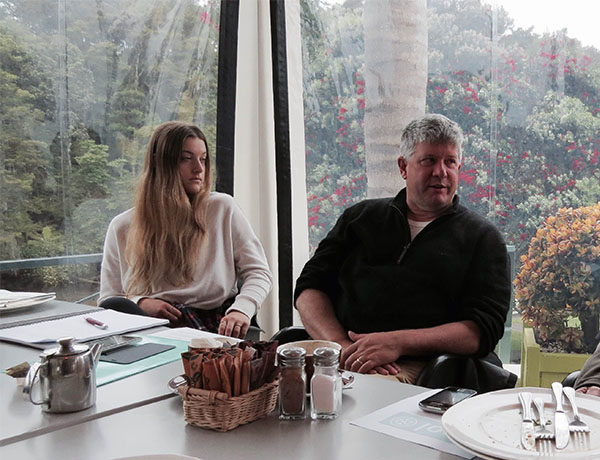 February’s was a fizzer; literally a non-event. The first Thursday of the month after the Mahurangi Regatta is generally too soon for anyone involved to have had time to come up for air, and thus February’s should be permanently scotched.

But March might be mad, and a reminder of some of the better Mahurangi brainstorming breakfasts that have occurred, during the nine years since Kim Morresey helped establish the practice shortly after she took over as the Mahurangi Action Plan project leader.

Some of the most informative and productive Mahurangi brainstorming breakfasts were in 2008, when Rodney District Council’s urban designer Andrew Trevelyan attended a series. Andrew was drafting an urban design guide, as part of the directive he’d received to ‘make Rodney beautiful.’ Mahurangi Action had responded to an invitation to provide feedback to the guide and as a result a number of substantive changes were made, including to the title, to indicate its coverage of all forms of development, not just those in urban areas. It was an exemplar of council responsiveness and a refreshing antidote to the all-too-many instances where feedback is invited because it is obligatory, but where suggested changes are bitterly resisted. Eight years on and Auckland Council and Auckland Transport are collaborating on an Auckland design manual, and are inviting review of the latest draft of their Mixed Use Design Guide and are inviting feedback until 25 March. The mixed use zone will apply to critical parts of Warkworth. 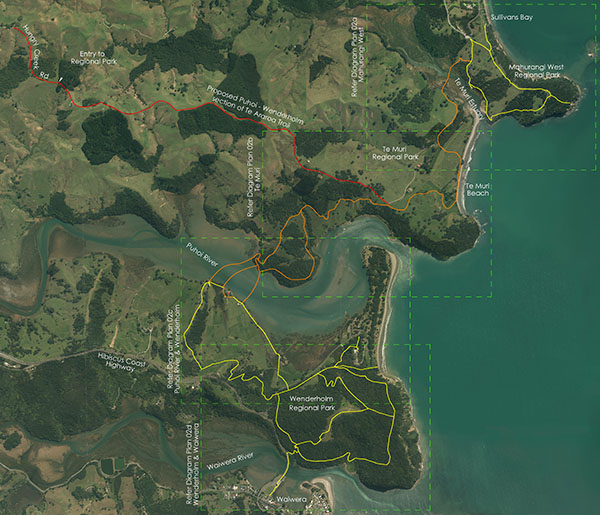 Uncool Coastal Trail Contrast: The responsiveness of the district council’s urban designer, in 2008, to community input, at a succession of brainstorming breakfasts, was unmatched since the community emphatically convinced the Auckland Regional Authority to taihoa on a plan to build a road from Mahurangi West into Te Muri, in 1987. Fast forward to 2016, and the failure of the draft Auckland Regional Parks management plan variation on Te Muri to even mention the overwhelmingly supported Mahurangi Coastal Trail concept provides a sobering contrast, but is hopefully an aberration that will be resolved during the current phase of the process. coastal trail maps Parallax Surveyors and Planners

And then there was the request from the Rodney office of the New Zealand National Party for an invitation to be extended to Lockwood Smith, the same year, admittedly before he became speaker of New Zealand’s parliament. All the same, Mahurangi Action did attempt to warn the local member that the the brainstorming breakfasts were very small beer, and might not really warrant the attendance of the opposition spokesperson on foreign affairs, commerce, and immigration. But a precedent had been set; a previous guest had been Green Party candidate for Rodney, David Hay, and so the worryingly spare Lockwood Smith MP got to endure a particularly chilly winter dawn breakfast al fresco. Proceedings were pleasant enough, but pedestrian compared to that with the man who would later gain the distinction of having been the first candidate to be expelled by the Green Party.

Speaking of distinctions, the December 2014 brainstorming breakfast enjoyed a distinction that readers better pray proves, in the fullness of time, to be of global significance. The breakfast was employed by David Hay as the first focus group for the ‘cool*’ climate action party concept that he’d been developing, which was launched yesterday, along with his ‘cool*’ bid for the Auckland mayoralty. The destiny of Aotearoa is to lead the world in effective climate action, and the political party that puts climate action front and centre, as does Hay’s ‘cool* Auckland—*carbon zero by 2060, or sooner’ mayoral bid, must—for the sake of those most at risk, and most of the natural world—succeed spectacularly. If Auckland replaces self-lamed duck Len Brown with another nominally Labour Party mayor, the uncharismatic and unrepentant neoliberal, tppa-sellout Phil Goff, the region has zero hope of undergoing the metamorphosis needed to save itself, much less become a courageous, zero-carbon global climate action leader. 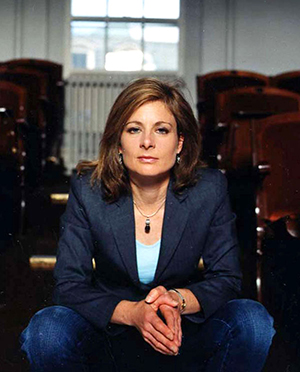 Anthropogenic Global Warming Astoundingly Uncool: Unravelling the mysteries of what is unfortunately-named dark matter might seem the Earth’s least-urgent quest, as its climate warms at a rate that makes other warmings look positively pedestrian. But dark matter makes up a massive 85% of the mass of the universe, as opposed to the 15% ordinary matter that constitutes what humans perceive as the tangible world, and Professor Lisa Randall believes that better understanding its ‘impact on the planet and on life might have further benefits—helping us anticipate the consequences of some of the perturbations that we are making to our environment today.’ image Phil Knott

It is uncool in the extreme to fail to mobilise meaningfully, yea drastically, to reduce fossil-fuel usage, given the high probability that the post-Paris response will be insufficient to mollify the Sixth Great Extinction and the wholesale suffering of billions. The possibility that the fifth extinction event was precipitated by the Solar System’s periodic ‘bobbing’ through a theoretical thin-disk of dark matter aligned with the plane of the Milky Way galaxy, dislodging from the Oort cloud that which became the Chicxulub comet, is brilliantly explored and explained by Harvard University theoretical physicist and Time magazine’s 2007 100-most-influential-people pick, Lisa Randall. Professor Randall ends her Dark Matter and the Dinosaurs: The Astounding Interconnectedness of the Universe, with a prayer that begins:

But thinking about dark matter led me to think about our galaxy, which led me to learn more about the Solar System, which led me to consider comets, which led me to a better understanding of the extinction of the dinosaurs, which led me to contemplate the delicacy of the balance that allows life—meaning the life that exists on Earth today—to thrive. If we mess with that balance, we might survive and the planet certainly will. But it’s less clear that the species we live with and rely on will survive any consequent radical changes.

It is diabolically uncool that the initially forgivable, but long since unconscionably feckless combustion of fossil fuels has precipitated an extinction event on par with the results of a long-period comet impacting the Earth up to 252 000 kilometres per hour.

While the topics for Mahurangi brainstorming breakfasts tend to be decided by the participants on any particular first-Thursday-of-the-month, the following proposition is tendered:

It’s time to reject greenwash and washed-up neoliberals, and elect a mayor and council prepared to rapidly roll out the infrastructure essential if the region is to enjoy any prospect of a cooler future.