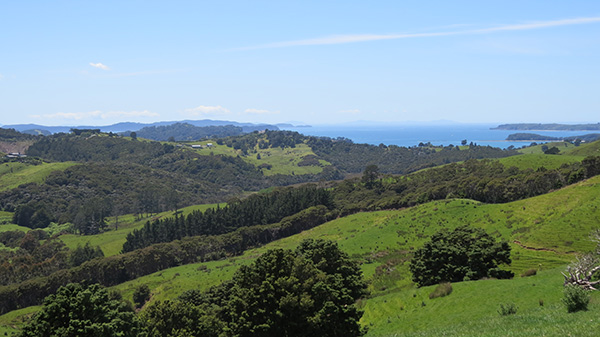 Operational budget $14.5 million, acquisitions budget $0.0 million, result misery. With a new one, on average, added every other year, regional parks had been the most popular purpose Aucklanders’ rates were put to over the last 50 years.

But since 2010, when the Auckland Regional Council that championed them was subsumed by the unitary authority created then, there has been little appetite for funding new purchases to substantively add to the now 42 653-hectare stock of regional parkland, despite the prospect of a further trebling of the region’s population over the next 50 years.

For the past half-century, it was seen is entirely logical and sound that when a new regional park was desired, that the capital required would be borrowed, and that the burden of paying for it would be cheerfully met by the future generations of ratepayers who would enjoy the asset. This was the standard model, after all, for funding anything from football fields to sewage treatment plants, good, bad and embarrassing.

Intrinsic in this orthodoxy was the certitude that future generations would enjoy progressively higher material standard of living, and thereby find the servicing of loans for council capital expenditure increasingly affordable. But not only is the next generation facing a future with a lower material standard of living than their parents, for many that disparity is further exacerbated by increasing wealth inequality. But profoundly more importantly, any lingering legitimacy that the let-the-next-generation-pay doctrine may have had, has been totally vaporised by the colossal and potentially crippling costs bequeathed by anthropogenic global warming.

Refusal to back off on the use of fossil fuels has condemned future generations to an existential crisis, where every available resource will be required for survival. The magnitude of the wholesale electrification required, beginning with buses but extending to ports and airports, and to mining, and within a couple of decades unless a wholly unacceptable degree of risk is to be taken, will dwarf any previous infrastructure transformation. Then there is the retreat that must be planned to reverse the current madness of building at sea level, in the face of exponential sea-level rise. On the face of it, investment in parks, and particularly new parks, might appear to be a totally unaffordable luxury and an extremely low priority. 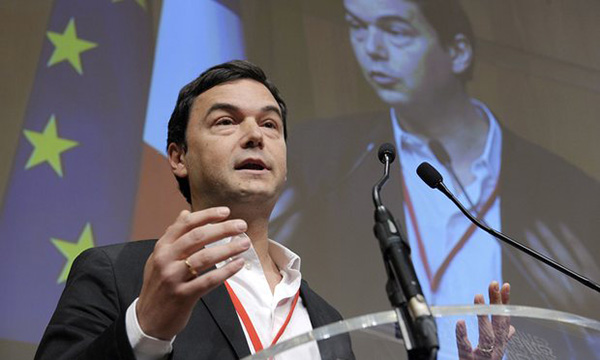 Chronicling Globalised Capitalism Gone Mad: With economists the calibre of Thomas Piketty, the world hasn’t lacked for the intellectual muscle to break free from clutches of the spectacularly failed dogma of neoliberalism, but with the publication of the Panama Papers unlocking the evidence proving what so many suspected, there is now strong possibility that the whole self-serving edifice is about to be replaced by a fit-for-purpose global financial system … fit for humanity and the planet. image Eric Piermont AFP Getty Images

But not so. To avoid wholesale societal disintegration, humanity has to urgently reinvent and dedicate itself to the challenge of building a zero-carbon civilisation, and of weathering and adapting to an increasingly harsh new climate that is already locked in. Access to public open spaces is key to nurturing the collective camaraderie that will be required if competition, as the defining characteristic of human relations, is to be replaced by cooperation. Climate-ethically behaviour means reducing or eliminating private car use wherever that is possible, and it is potentially possible for the bulk of urban dwellers now. But that immediately magnifies an equity issue that has long existed and can be ignored no longer: parks, but regional parks in particular, must be made accessible to all, not just to those with access to private vehicles.

Since the global financial crisis, an undeserving too-big-too-fail financial sector has been the direct beneficiary of the more than $12.3 trillion of quantitative easing. This printed-money largesse needs to be immediately redirected to the large-scale decarbonising of infrastructure, and to rescuing the developing world that is largely blameless in respect to the accumulated atmospheric carbon dioxide that is wreaking a cruel disproportionate havoc on those populations. But while green quantitative easing is entirely rational and responsible, there is a limit to how much printed money can be absorbed by an economy before it is destabilised by inflation, meaning that not every last government and local budgetary need, including parks acquisition and operations, can be granted at the wave of a mouse.

Auckland Council is currently contemplating the adoption of an approach to park ownership and operation that, since 2001, has transformed 10 prime headland and island, mostly former military, sites totalling nearly 200 hectares in and around Sydney Harbour. After a decade of federal funding, the owner of the new parks, the Sydney Harbour Federation Trust, was cut loose to be totally self-funding.

For council officers and politicians of a generation or two indoctrinated in neoliberalism, self-funding parks must be the sweetest sound ever heard, while to those who fervently believe in the duty of the state to acquire and maintain parks for the public good, it probably sounds more like the end of history. But sceptical Aucklanders have a duty to look beyond the state-pays-for-every-public-good, not least of all because of Cornwall Park, gifted to them by Sir John Logan Campbell in 1901, and self-funding ever since. Provided Auckland Council is not intent on using the concept of self-funding parks to continue its current zero regional parks acquisition budget indefinitely, there is every reason explore the concept with open hearts and minds. 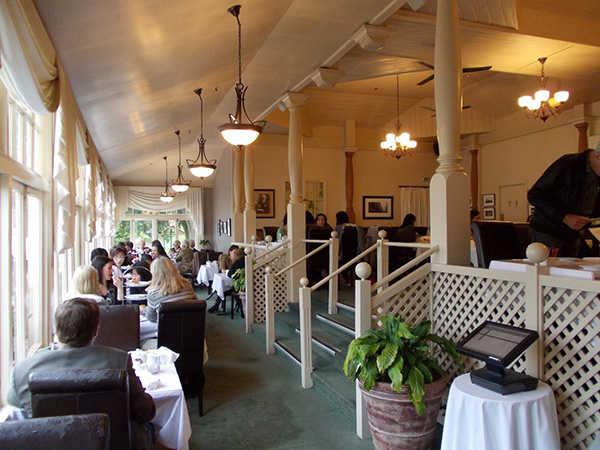 108 Years of Afternoon Teas: Thanks to the canny philanthropy of Sir John Logan Campbell, Cornwall Park has been self-funding from 1901, when he set up the Cornwall Park Trust, or soon after, and presumably helped to some degree by the millions of cups of tea served in these premises since their opening in 1908. image Shelley Munro

Taking Te Muri as an example, it would have been all the same to Aucklanders if the 2100 acquisition had been say 24 hectares fewer. In fact, it was. Until last year, the purchased area was quoted as being 407 hectares. If even a fraction of 24 hectares were to be developed, for example as a car-free hamlet, with leasehold tenancies, the operational costs of the balance of Te Muri regional parkland could be funded in perpetuity, à la Cornwall Park. While not everyone would be prepared to live in a hamlet where the only vehicles tolerated were service vehicles, only a few will ever have the privilege of living within a regional park. Meantime, so long as it was sited sensitively, few other park users would ever notice the hamlet was there.

One of the Sydney Harbour Federation Trust’s secrets of success is finding appropriate tenants, to that the uses the tenancies are put to are complementary to the park. Meanwhile, one of the tenets of integrating such land use is to maintain appropriate public access, so visitors would be free to wander the lanes of a Te Muri hamlet, or sit in the village square, or enjoy its library or cafés. The tenants, conversely, might include park rangers, who cycled to work, or fulltime park volunteers, or which Sydney’s harbour trust boasts 250, each literally ‘doing what they like’, said an approving Geoff Bailey, the trust’s executive director, when speaking at a symposium on Monday evening organised by Auckland Council.

At this stage of the Auckland Regional Parks management plan variation in respect to Te Muri, inclusion of provision to investigate of a ‘Schischka’ hamlet is probably impossible. But with the entire management plan due for review in 2020, it is almost a certainty that extensive allowance will be created for self-funding park opportunities, and if a number of examples are successfully established in the meantime, public support for the concept should be forthcoming.

Te Muri presents two opportunities. One, the ‘camp store’ and café is described in Mahurangi Action’s submission. The other opportunity was left out, for fear of taking the focus too far away from the Mahurangi Coastal Trail itself, but, with concern being raised recently about the future operating expenditure implications of the proposed Judge Arnold Turner Footbridge, in retrospect this was a mistake. When looking at the potential impacts of the various options for siting the southern abutment of the Puhoi Estuary crossing, a significant concern was the privacy and enjoyment of people holidaying in Schischka House—the most expedient crossing alignment would obstruct the present unfettered view of occupants of the estuary vista. This is the reason for an optional alignment upstream of the old Schischka homestead, despite it increasing the length and cost of the footbridge.

The downside of the upstream location, however, is that the trail would pass relatively close to the homestead, although it could be entirely screened with appropriate tree and hedge planting. But rather than set up a potential conflict of use, the old farmhouse could be repurposed as a café, say in the style of a New Zealand 1950s tearooms. That way it would provide an important amenity for Mahurangi Coastal Trail users, particularly those arriving by public transport and obliged to travel without a lot in the way of vacuum-flask beverages. While the concept of providing minimally priced accommodation in regional parks as ‘bach escapes’ is well-intentioned, in single month say of January, the fewer than 200 people that get to enjoy a cut-price holiday. Whether they need a subsidised holiday or not, hopeful applicants are subjected to a first-in-first-served scrabble, and, for most, most of a morning spent in a telephone queue, doomed to be met with incredulity, when the hard-pressed call centre operator has to disappoint yet another caller seeking bach accommodation.

As a café, the number of people able to enjoy the premises would increase at least a hundredfold. But not only would the limitation of use and conflict of use issues be addressed, the rental of the lease would likely be sufficient to fund the operating expenditure of the entire Mahurangi Coastal Trail, in perpetuity. It might even amass a sufficient fund the pay for the relocation of the homestead 180 metres west, and 20 metres higher, if it is to see much of the 22nd century.

Aucklanders may have had to relearn the potential of self-funding parks from Sydneysiders, who learnt from San Franciscans, but have the consolation of knowing that they merely re-invented what Sir John Logan Campbell began, in 1901. But although self-funding can potentially address operational expenditure, if new regional park acquisitions are to be funded without adding that debt to the burdens the climate generations will endure, new mechanisms will need to be learned, or devised. One possibility is a publicly subscribed, corporate-supported regional parks trust or foundation that would leverage both council and government funding.

Only by making every innovative and sensitive use of self-funding will the Auckland Regional Parks network be able to be grown to keep up with the next 50 years and three times as many Aucklanders. Cornwall Park is about to get a lot more company.