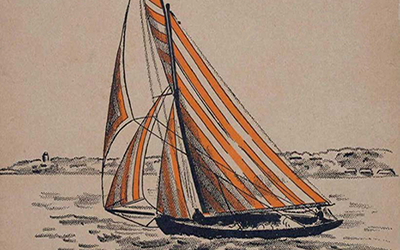 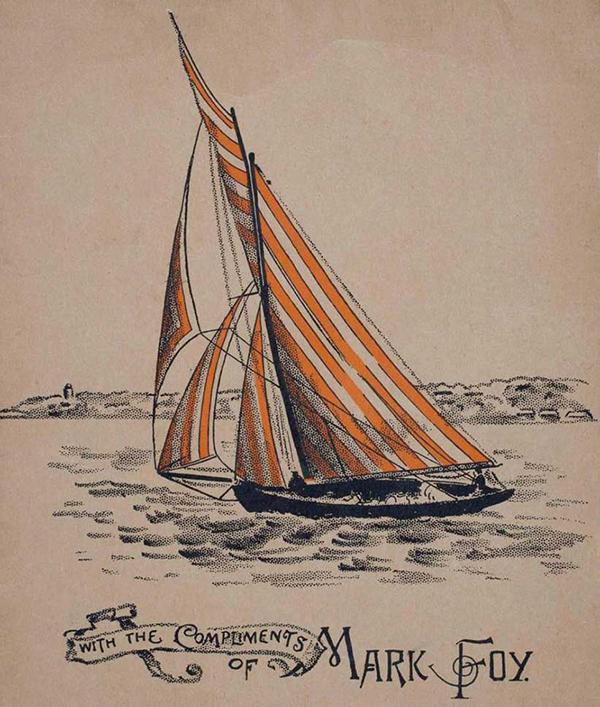 Mark Foy Complement to Auckland Anniversary Regatta: With Mark Foy’s compliments, comes the opportunity to adapt his nearly 130-year-old eponymous innovation to orchestrate an enormous convergence of craft from Coromandel, Kawau, Mahurangi, Waiheke and wherever, to cross the finish line in the Waitematā on the afternoon of Auckland Anniversary Day—in one glorious nail-biting climax. Covered energetically by the mainstream media, with reports from the various start lines, and zeroing in on some specific hare-and-tortoise rivalries, new life would be breathed into the Auckland Anniversary Regatta, New Zealand’s oldest. image Australian Sailing Hall of Fame

Revival of the Mahurangi Regatta was the direct result of 1970s Mahurangi River restoration efforts.

Two years of determined advocacy for a more far-sighted solution to the tidehead town’s sewage woes had comprehensively convinced the regional water authority, only to be cheated by Warkworth’s wily, penny-pinching town council, in cahoots with the old Rodney County Council.

Built substantially over-budget, the inherently unfit-for-purpose plant, and the separate county treatment ponds downstream, are now, half a century later, being replaced by a scheme almost precisely that proposed by the community in 1974. The saga has the makings of a book-sized case study of councils determined to not entertain any option initiated by their communities.

But rather than wallowing in Warkworth’s wastewater, free from its septic spectre, the Mahurangi River and its adherents deserved a vastly more refreshing narrative. The revival of the Mahurangi Regatta was the 1976 inspiration of a Dawsons Creek daughter who, as a girl, had sailed in one of the very few, undocumented, regattas that occurred after World War II interrupted the mostly annual, Boxing Day event. Although the 1977 revival was planned as a one-off, the immense enthusiasm felt by those who attended left nobody doubting that it was the Mahurangi Harbour community’s natural foregathering, and must, henceforth, be celebrated annually. 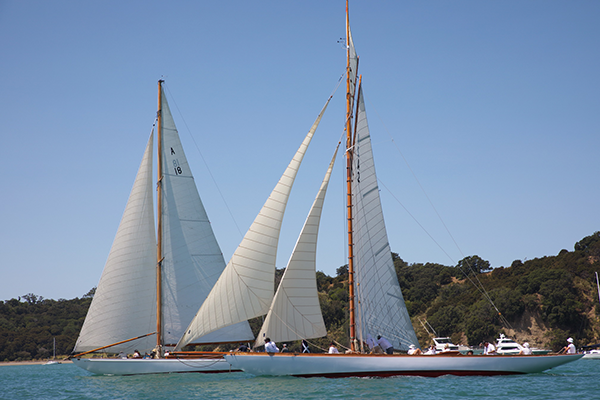 Mahurangi Action, or Friends of the Mahurangi, as it was named when formed on 17 December 1974, wanted to be seen to be about more than just objecting to council plans. It is fair to say, however, that there were long periods when the society had the appearance of being more regatta committee, than environmental organisation. In the 43 years since, some may very well consider that Auckland’s yachting fraternity has done rather better out of the Mahurangi Regatta than has the Mahurangi Harbour. Mahurangi Regatta 2021, the big one, is time to put that right. The obvious opportunity is to stage an exhibition, first at Sullivans Bay then at Scotts Landing, of the myriad exciting projects that Mahurangi Action and other organisations have completed or have underway. Just one is the addition of the 95 Nichols–Becroft hectares to the Mahurangi Regional Park, and the magnificent Mahurangi Coastal Trail opportunity that that opens up, courtesy of Auckland Council and the John Turnbull and Margaret Turnbull trusts.

As important as the $12 million Mahurangi Peninsula purchase is, the crowning project showcased at the 2021 Mahurangi Regatta must be the Mahurangi River Restoration Trust’s restoration of the navigability of the river to its tidehead town. If the opportunity to complete the fully consented dredging work this year is missed, it won’t come again. Warkworth tilt-slab company founder Peter Thompson has spent a lifetime pursuing his father’s vision of restoring the navigability of the Mahurangi River. Peter has spent millions of his own money putting in place a fully consented programme to dredge the river and town basin with purpose-built barges and tugs, at cost. Crucially, a Mahurangi farmer has allowed a low-lying section of his riverside property to be used as the deposition site, whereas, using the default, environmentally uglier, method of dumping in the outer Hauraki Gulf, the cost would be four times greater, about $20 million. It would never be funded. 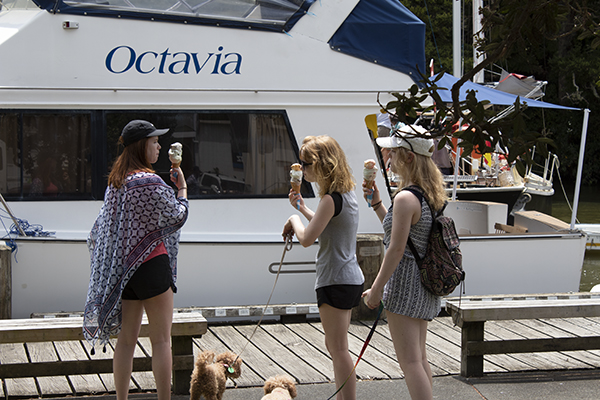 In Risk of Missing the Boats: If ever there was a regatta to share the magic of proceeding on up the Mahurangi River to its tidehead town, it is America’s Cup-swelled 2021. Without dredging, 2019’s day-after-the-regatta ‘Up the Mahu!’ can only be repeated twice in the next decade. image Jason Brown

Enjoying overwhelming support, the Mahurangi community is nevertheless struggling to convince Auckland Council and central government to commit. And without that commitment, other donors and philanthropists lack the motivation to pledge. Amongst the probable 4000 Mahurangi Regatta attendees are some of the region’s most influential Aucklanders. Accordingly, in thanking the commodores of the nine visiting yacht and boating clubs that contributed towards the costs of the regatta prize giving and dance, Mahurangi Action has asked for letters of support for the dredging to be sent to the mayor and the Minister of Finance. The early reaction has been promising, but somehow, when the mayor and government ministers come to considering this expenditure, they need to be encouraged to picture just how thunderously appreciative the 2021 Mahurangi Regatta crowd could be, as they take a bow on the prize-giving stage.

Despite the organisers’ and sponsor’s shared better-not-bigger Mahurangi Regatta philosophy, intrinsic within that is the knowledge that this regional-event gem will grow regardless, including because it is constantly being enhanced. And then, coming ready or not, comes the 36th America’s Cup. Pressure points such as the last half-kilometre of Ridge Road leading down to Scotts Landing’s landing are already a couple of ill-timed vehicle movements away from terminal logjam, with potentially dire medical-emergency consequences. Whether Aucklanders wanting their America’s Cup visitors to experience a Mahurangi Regatta results in a 10, 20 or 50% increase in attendance, organisers, and venue owner Auckland Council, cannot afford to gamble that the impact won’t be more than minor. 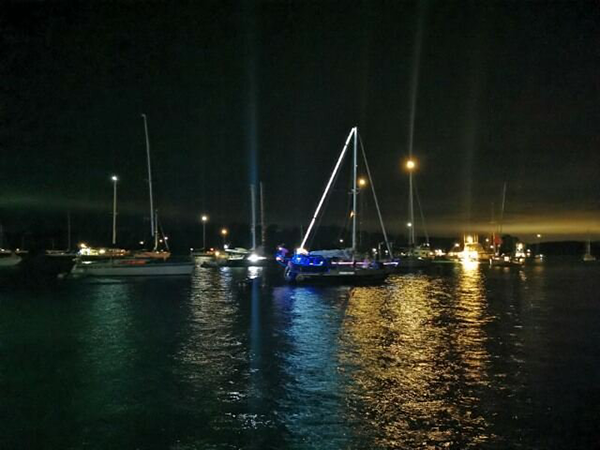 Mahurangi Harbour Lights Up: The transformation that the lights of the maybe two thousand craft that attend the Mahurangi Regatta is magical, and all the more so when, a couple of days later, the place could be a million miles from the metropolis. image Kevin Finney

Ridge Road, for example, can serve as an opportunity to trial, as a one-off, a number of interventions than have been oft mooted, such as the three-regatta’s-back suggestion of a Scotts Landing resident, as she climbed aboard the free regatta shuttlebus:

This is wonderful, but the road is too dangerous. It should be closed and there should be paddock parking.

Paddock parking had been the elusive goal ever since the prize giving and dance was revived in 2004, but it took that local statement, followed up—and the marvellous civic-minded generosity of the property holders—for it to happen in 2019. The catch, however, is that paddock parking is utterly weather dependent. Even if this year’s severe drought conditions were experienced next year, as anthropogenic global heating increases the likelihood of, one deluge in the days leading up to the regatta could render Scotts Landing paddocks unusable. With the next nearest, all-weather, parking at scale at least a half-hour round trip away, at Snells Beach, more than nine kilometres distant, a pair of 22-seater buses at least would be needed. But given the legendary reluctance of Westerners to be prised from their automobiles a moment earlier than their hearts are set on, what part of Ridge Road remained open would be parked, both sides until it, effectively became one-way, and a medical-emergency-tragedy waiting to happen.

Be that as it may, plan a will possibly be paddock parking and the usual volunteer-driven free regatta shuttlebus, supplemented by a professionally-driven 22-seater. That way an every-10-minutes service could be offered, with a waiting 11- or 22-seater in evidence at the paddock entrance at all times, so as to not demand a too-big-a-leap of faith from drivers lifetime-conditioned to believing that public transit is a form of communicable disease…

This previously, quietly earlier-published article remains a work in progress, but is now notified to advertise this Thursday’s Warkworth Town Hall regatta planning session, from 5.30 pm; please bear with…