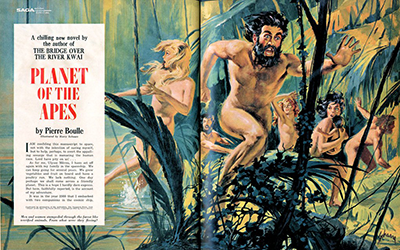 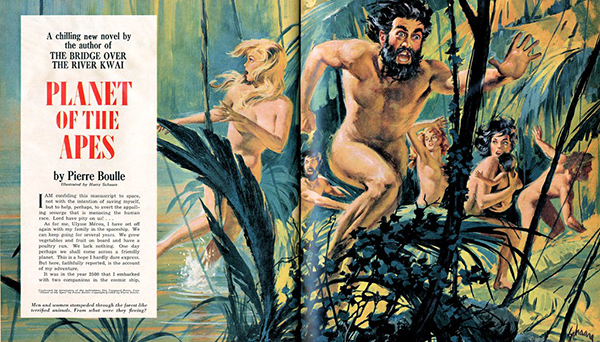 Planet of the Humans: The Planet of the Apes construct that spawned nine films and two television series also provided Dr James Hansen with the 2525 science-fiction scenario with which he ends his first popular book. Dr Hansen’s upcoming second book provides the cold comfort that a 500-year timespan is too short for Earth’s oceans to literally boil. artist Harry Schaare

That thatoriginally published sans grammatical double-copula which should have been one of the most influential books of all time ranks 302 209 places behind Nevil Shute’s On the Beach of Amazon’s best sellers, speaks volumes.

Comparing Nevil Shute Norway’s fiction with Dr James Hansen’s non-fiction Storms of My Grandchildren is, of course, odious. But the thrall in which possible nuclear annihilation so readily held the world in 1957, contrasts with the complacency regarding the guaranteed slow-motion annihilations of anthropogenic global heating.

It is to be hoped that Dr Hansen’s second popular book, Sophie’s Planet, which presumably will be published this year, during the 11th anniversary year of his first, will positively race up the best-seller rankings to a position closer to Nevil Shute’s novel, or at least to Pierre Boulle’s Planet of the Apes, at 115 155, on Amazon’s ranking. The epically successful nine-film, two-television-series media franchise sparked by Boulle’s Planet of the Apes, provided the name for Michael Moore’s Planet of the Humans latest, renewablist-maligned, blockbusting iconoclasm. 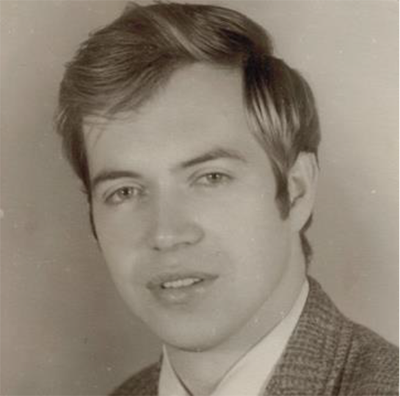 Climate-Fiction Fighter: Dr James Hansen 42 years before utterly casting scientific reticence to the wind by including an existential-threat runaway greenhouse scenario in his first popular book, which was published a decade ago. That the world’s fiction writers have failed to mobilise humanity to save its home planet underlines how wickedly wicked the problem is. image for University of Iowa Physics Department

In Storms of My Grandchildren, Dr Hansen ends with a 3000-word science-fiction scenario to illustrate the message that burning the entirety of its fossil-fuel inventory could render the planet lifeless, by 2525. The draft of Sophie’s Planet carries an only minimally comforting correction:

The flaw in Storms is that the [Planet Claron] visitors witnessed boiling tropical oceans. That physical state is not possible on a 500-year time scale. That sentence should be eliminated or altered.

Regardless, Dr James Hansen certainly cannot be accused of scientific reticence and addresses existential-threat runaway greenhouse, or as he styles it, et runaway greenhouse—existential threat, equating with impacts so great that that humanity is rendered ungovernable. But as bumptious as it might be to split hairs with the world’s preeminent climate scientist, the state that is more likely to materialise is martial law, for millennia. The instincts of demagogues are all too readily on display in the United States with Donald Trump’s goading of governors with the threat to use military force against those exercising their First Amendment rights, or in Winston Peters’ pallid New Zealand echo, when asked whether he wanted physical distancing rules to be relaxed or the George Floyd-protestors flouting them prosecuted, responded:

Putting aside the egregious incarceration rate of Māori, as just one measure of systemic racism in Aotearoa, and ample cause for solidarity for events “12 000 kilometres away”, the administration, whether in China or the United States, so long as it is in control of its military, will promptly crack down on that part of its populace as becomes dissident, with as much force as necessary, and then some. Even before the excuse of a pandemic, Donald Trump threatened to retain power by force—actually, before being elected, with a minority of the popular vote. It has to be imagined that the degree to which he is prepared to disregard an adverse election result in November would depend entirely upon the military he derides as: 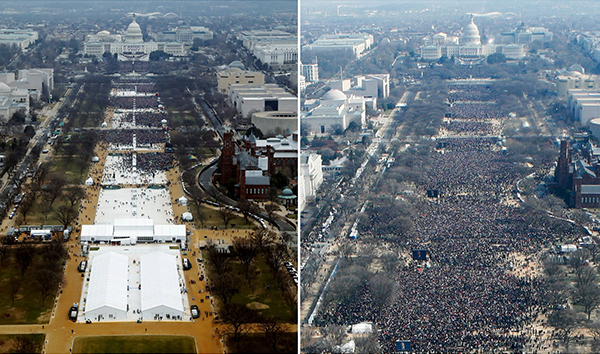 Liar-in-Chief from Day-One: That the Republican Party doubled down on its unpopularly-elected president from day one, when he lied about the embarrassingly small crowd his inauguration attracted, rather than call him out for it, was just the beginning of his four-year term of unmitigated mendacity. The world should hope that now the worms are turning, and that Admiral Philip s Davidson, despite his covid-19 risk-taking, will not allow the United States Indo-Pacific Command to made to dance like a puppet. image The Guardian

…a bunch of dopes and babies.

There is absolutely no guarantee the current military disquiet will solidify sufficiently for it to defy the commander-in-chief, should the electoral illegitimacy of Donald John Trump’s remaining in office post 20 January 2021 be manifestly apparent. And between now and then, the opportunity to tangle militarily with China, to create the mother of all diversions will be terribly tempting. But with even George w Bush—who was all too happy to whip up the u s a-chanting thirst for vengeance that primed public support for the 2003 invasion of unconnected Iraq—braking ranks with his president, it could be that Trump is cowered by his generals and prevented from pursuing military misadventure on a Blair–Bush scale.

It is instructive that climate-fiction has not submerged science-fiction. Perhaps too many readers see life remaining altogether too terrestrial and pedestrian, in the near, sub-warp-speed, future. For whatever reason, the year 2121 has yet to acquire the dystopian potency of 2525, much less 1984, which is ironic, given that 2020 will probably mark the cusp of when humanity averted, or failed to avert, a covid-19-plus-climate precipitated, terminal descent into authoritarianism. 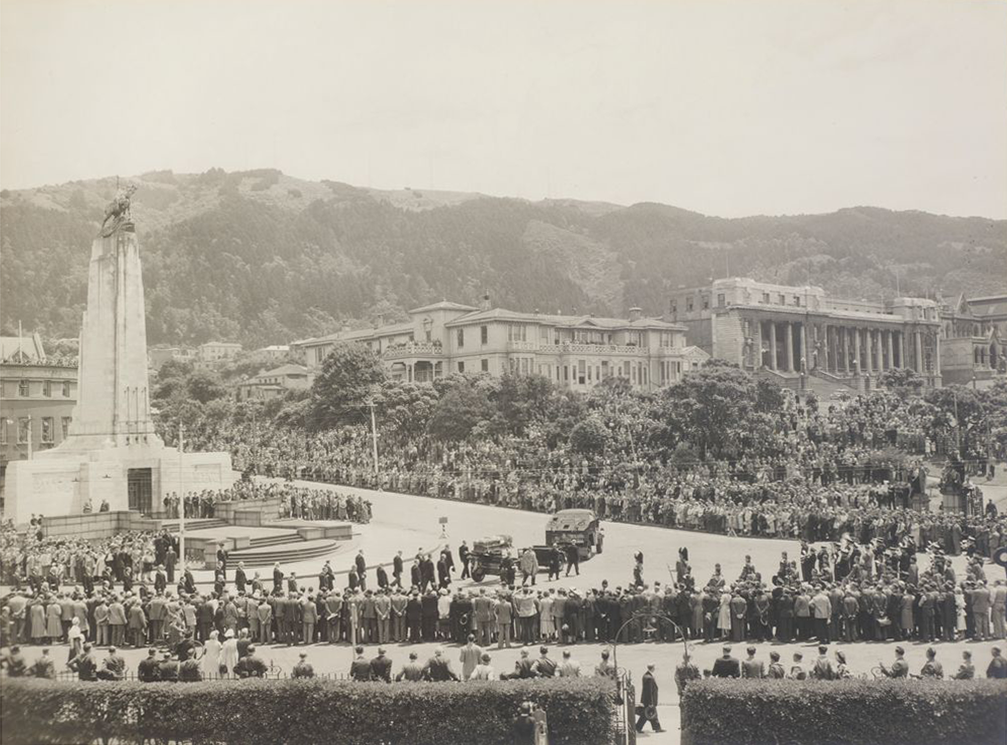 Funeral for a World Leader: While others were busy getting back to normal, New Zealand’s World War II prime minister, Peter Fraser, put his remaining energies into attempting to build a United Nations that would prevent the world sliding inexorably into the next abyss of global dysfunctionality. Presumably petty party politics prevented his being knighted before his fatal heart attack on 12 December 1950, following hospitalisation with influenza—which still kills, on average, 400 New Zealanders each year, many for the want of better handwashing, and basic physical distancing habits by the infected. image Photo News

Before Derek Chauvin nonchalantly killed George Floyd on camera, covid-19 was five months into demonstrating the depths of global intergovernmental dysfunctionality. Having raised the stakes so recklessly by attempting to incite nation-wide riots, Trump must be emphatically informed by the international community that attempts to consolidate his power domestically by waring offshore will be universally exposed, and not supported. This clear and present danger makes the, now covid-19-delayed United Nations reform and redemption imperative, notwithstanding the long-running asinine conspiracism within the United States painting the organisation as an evil New World Order-in-waiting. Peter Fraser and his colleagues would surely never have envisioned the further lengths that the malevolent would have sunk to, within 75 years, to thwart an organisation devised to prevent the interactions between countries descending straight back into dysfunctionality.

In Sophie’s Planet, Dr Hansen details the work that led to unravelling the previously mysterious atmosphere of Planet Venus. His phd thesis proposition, for Professor Carl Sagan, was to model light scattering to ascertain whether it better matched for atmospheric dust or ice. Ironically, given the existential implications of Earth’s recent increase of ~137 parts per million of atmospheric carbon dioxide, to 0.042%, the concentration on Venus was found to be a crushingly, superheating 96.5% co2. That Planet Earth could, like Venus, also boil off its oceans, should hugely exercise any human with an ounce of curiosity, or concern for species survival. But the 2525 timeframe of the Storms of My Grandchildren runaway-greenhouse scenario, Dr Hansen has since determined, is climatically implausible. Putting aside that science fiction blithely accommodates warp-speed space travel and teleportation, scientifically grounded future fiction, potentially, could greatly help alert the curious as to the shape of the struggle to salvage a survivable climate. 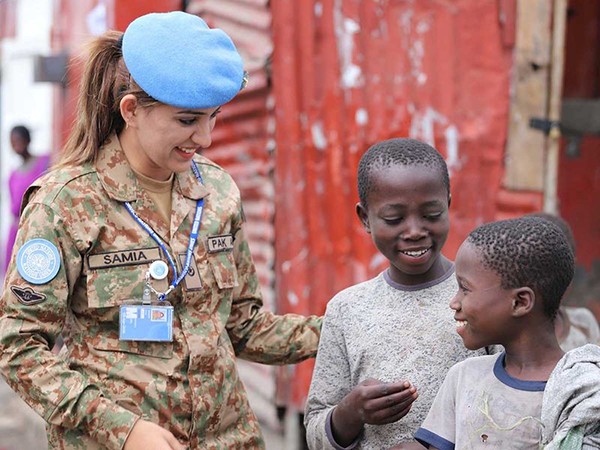 Contrast Could Not be Greater: With her first name emblazoned on her chest, United Nations peacekeeper Major Samia Rehman, and her work in the Congo, are a million miles from the unidentifiable uniformed thugs deployed by Trump to intimidate protesters in Lafayette Square. That men outnumber women United Nations peacekeepers by 94%, is, shamefully, just one hideous aspect of the organisation that is almost impervious to reform. image United Nations Organization Stabilization Mission in the DR Congo

Dr Hansen is emphatic that, technically, existential-threat runaway greenhouse can be averted. However, the intergovernmental response of the last 32 years, and of the last 5 months, suggests that the odds for humanity and its fellow species are vanishingly small. And, the evidence is also that, as the global crises plays out, states, rather than become ungovernable, will be tightly governed, by martial law with scant value for the welfare of folk finding themselves in the wrong place and the wrong time, even if that happens to be their own castle.

As a country that has committed its share of sins at home and abroad, Aotearoa, humbly, can still be a beacon by reforming its democracy—particularly its corrupted campaign finance practices—and picking up where Peter Fraser left off with the United Nations.

But most critically, Aotearoa needs to demonstrate democratic climate-action mobilisation, as an imminently achievable alternative to existential-threat runaway greenhouse, and to martial law. 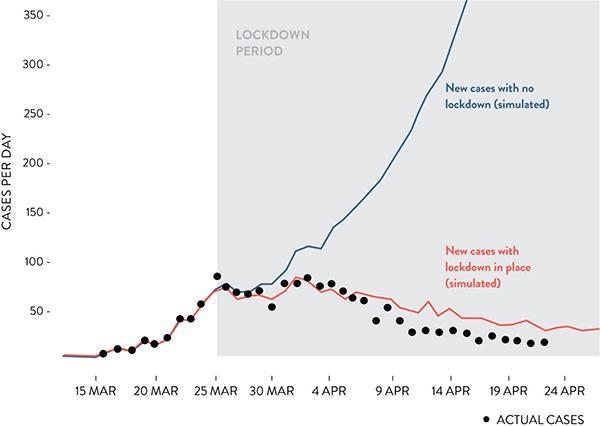