Notes for the nursery at Taupō 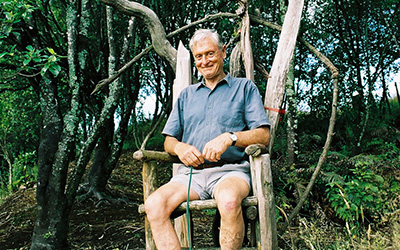 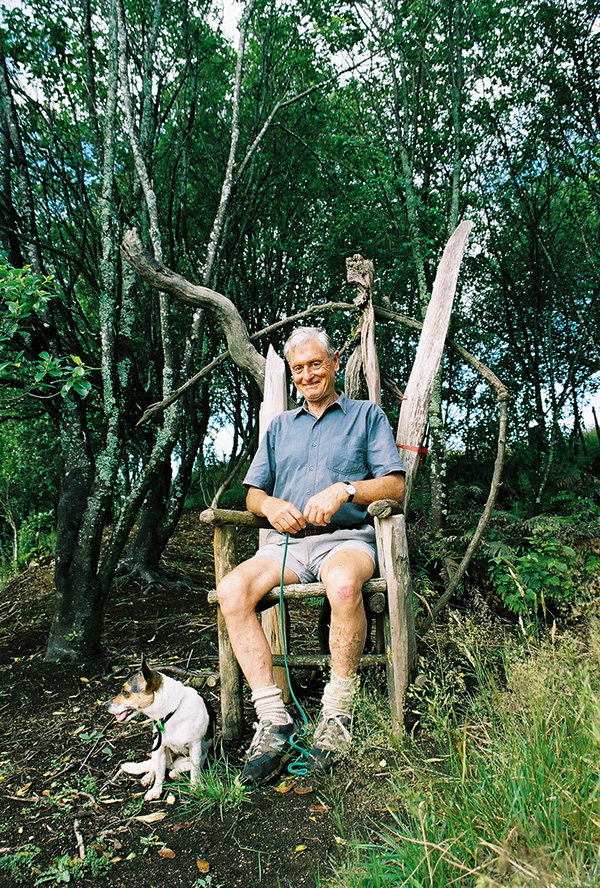 King of Riparian Restoration: The rustic throne was built where he could survey the restored Awahou Stream, but rare for Jaap van Dorsser to pause long enough for such a portrait to be possible. photographer Margaret Richardson

We assume that the polythene planter bag and Hillsons Rootrainer stock is going to be raised as per standard practice at Taupō.

Taupō Native Plant Nursery’s way of doing things is probably little different from any other container nursery, so there is no need to specify the growing regimes for the above stock types.

Having said that, I am concerned that the plugs may develop distorted roots. Needs clarification See Root development.

It is necessary to specify the procedures for raising the bare root transplants.

Root development
Pricking out practice and plug choice should minimise the chances of root distortion.

In these experiments we tied the tops of the polythene bags—no further watering.

I would think that suspended 50% shade cloth would also do the trick.

For our plantings in Ngongotahā and Awahou streams we dip the root systems at the time of packing in white polythene bags and we water the foliage every other night with a fine water spray.

Storage is in a shady shed.

Waistbands around the bags keep the roots moister.

I would not contemplate storing dry trees, not even for one day, in practice.

Maybe okay to illustrate the extremes*; it may even surprise us how tough dry bare-rooted trees are!

*Harry Bunn always said: ‘You must test the extremes!’—what a wonderful man.