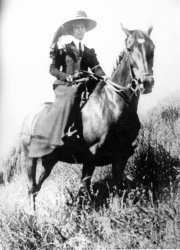 Scattered tangata whenua who filtered back to their old lands around the Mahurangi after the Treaty of Waitangi managed, after struggle, to reclaim some of their lands, but largely failedas published 2001: failed to hold them.

Doomed as communities by the trends of colonial history, they have achieved survival of a kind in the descendants of marriages between early European settlers and Māori women. Young and adventurous men, arriving single in a colony gravely short of European women, often found congenial partners in the young women of local kainga. Gordon Browne, Peter Greenhill and Flower Russell are examples among those who lived in the Mahurangi. Some such liaisons were solemnised by clerics, some were not. Māori were remarkably tolerant of this trend.

The most notable of such Mahurangi families was that of John Sullivan. The line founded by him and his Māori wife, Merehai, was early linked to that of William Jackson, who married Sullivan’s daughter, Julia. John’s son, William, married Miriama of the same family as his mother. On Miriama’s death he married Ngārewa, daughter of Roa and Rawinia, the half-Māori daughter of William Grant. In later generations, other Māori blood came into the families from local and more distant tribes. These families have played a large part in life at the Heads. Their story has been poorly told or ignored in earlier histories, and deserves a better telling. Family recollections are rather depleted, but outside records round out the story, particularly in the case of the founding father, John Sullivan, who was one of the earliest entrepreneurs on the Mahurangi.