Warkworth, the watershed, and the whitebait 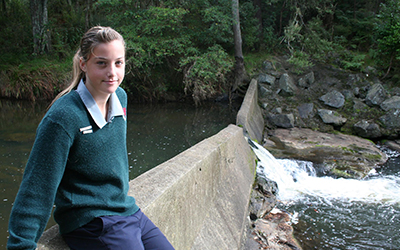 Cutting Teeth on Whitebait: Mahurangi Action’s president, Tessa Berger, in the early years of the Mahurangi Action Plan, identified a serious impediment to upstream whitebait migration, immediately behind the Mahurangi College. Although a permanent solution to the barrier—a water-measuring weir—is still not in sight, thanks to Tessa’s activism a catch and release programme has operated ever since. image Mahurangi Matters

Mahurangi was always going to need all the help it could get. When, in 2004, the then Auckland Regional Council announced a $3 million, 5-year kickstart to address the harbour’s elevated sediment accumulation rate, Mahurangi Action was advised, regarding a similar challenge:

Its taken thirty years to date, and realistically it will take another thirty. 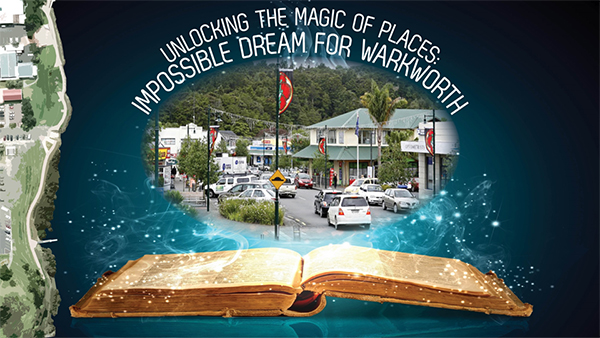 Unlocking the Magic of Mahurangi: True to the talk’s title, Unlocking the Magic of Places: An Impossible Dream for Warkworth, Ludo Campbell-Reid talk has jumpstarted the process that, with the inspiration and support of the community, could see a tidehead town the envy not just of Aotearoa, but a climate action exemplar for the world. image Auckland Design Office

The person giving this advice, Mike Vine, had grown up in the Mahurangi—in Lagoon Bay, then Scotts Landing, and finally in Warkworth—become a soil conservator, and ultimately a planner, and the author of the innovative Lakes A Zone, which harnesses development pressure to protect both landscape and water quality. Mahurangi Action attempted to have the then Rodney District Council emulate the A Zone, with zero success.

Thirteen years into the Mahurangi Action Plan’s sixty, the stakes are much higher. With the population of Warkworth tipped to approach 30 000 in the next 30 years, and a $709.5 million motorway under construction that will involve moving, within the Pūhoi and Mahurangi watersheds, 7 million cubic metres of earth, the harbour could be said to be cursed with living in interesting times. Add to that, the increased likelihood of extreme rainfall events courtesy of anthropogenic global warming and the already 5% increase in atmospheric water vapour. 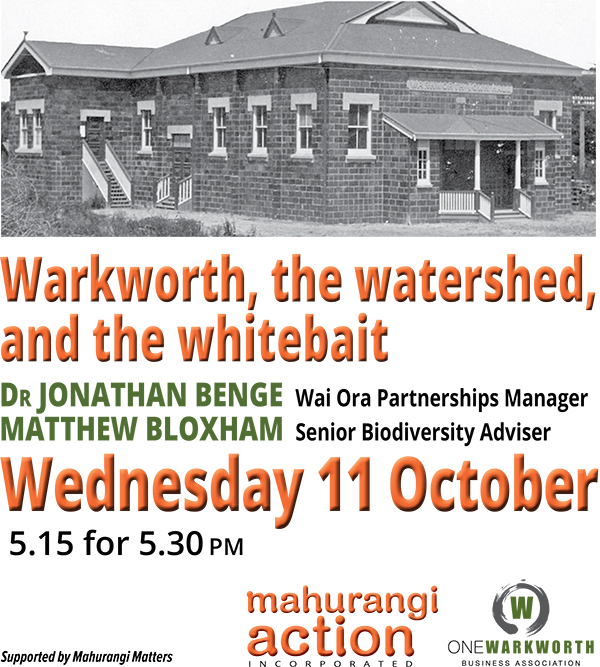 Action on the Mahurangi Watershed Plan: Thanks to studies initiated by the former Auckland Regional Council in 1994 to benchmark the state of estuaries relatively unaffected by development, a wealth of data exists to enable a close eye to be kept on how the Mahurangi watershed copes will the building of homes for up to 30 000 people. Whitebait, being the river’s canaries, will need all the help they can get, which means taking a hard look at Warkworth’s weirs, some of which are redundant, that impede whitebait migration, year on year. poster Mahurangi Magazine

Setting aside the dubiousness of the decision to persist with motorway building at the very time climate is acknowledged as a clear and present danger, siting a satellite town beside a motorway is a proven recipe for car-centricity, and amongst other things, the dismal health outcomes associated with that. While it could be argued that the organisation had a duty to mount an uncompromising campaign to concentrate the region’s population within already urbanised boundaries, Mahurangi Action, judged it was powerless to oppose plans to make Warkworth a satellite growth centre. But nor did that mean acquiescing to same-old-same-old suburban sprawl. Warkworth—Mahurangi would be a far more authentic name—is a town not a suburb, and, if designed from scratch for people not cars could be the most gracious and spacious town in all of Aotearoa. And be affordable to boot—if the emphasis is on homes not houses. But critically, the heart of the town could be a broad, linear riverside park, with space for cycling and walking, sometimes together and sometimes separately.

The rationale is twofold. Not only will a well-designed town better protect the Mahurangi River, a town that has the Mahurangi River as its much-revered centrepiece will be a 30 000-strong town determined to care for the river, and harbour downstream. To jumpstart an exploration as to how the town of Mahurangi, fit for the 21st century, could be contrived, Ludo Campbell-Reid, Auckland Council’s official design champion, presented the second Warkworth Town Hall Talk, on 15 September. But even before the talk, the initiative had sparked a meeting within Auckland Council, between the Auckland Design Office that Ludo heads up, and planning boss Warren Maclennan, who will be presenting February’s town-hall talk, on the programme to develop the town’s all-important structure plan.

With the tide finally turned in favour of walkable towns, Warkworth can play its ace and go one better, by also becoming a swimmable town. While the New Zealand National Party’s evil geniuses have shamelessly sought to divide town and country over the issue of swimmable rivers, Mahurangi needs all three of its parliamentarians on the same page for the next three years, and beyond. Until recently this was a pipedream, literally, but with Watercare Services scheduled to relieve the river of its wastewater disposal burden—the issue that precipitated the formation of Mahurangi Action in 1974—by 2021, swimming in human effluent, no matter how well treated, will cease to be a consideration.

There is much work to be done throughout the town, and to the farthest limits of the watershed, before the Mahurangi is restored as the taonga it should rightfully be. Wai ora partnerships manager Dr Jonathan Benge is Wednesday’s Warkworth Town Hall Talk lead speaker. He will explain Auckland Council’s integrated watershed planning programme, particularly as it relates to the Mahurangi Integrated Watershed Plan that will carry forward much of the work detailed in the Mahurangi Action Plan: A Catchment Plan 2010–2030. Matthew Bloxham, the council’s senior biodiversity adviser, will address the challenges presented to whitebait migration and habitat, weirs included.

And maybe Mahurangi Action’s president will glimpse a timetable for a permanent leg-up for the whitebait she advocated for, as an 11-year-old.