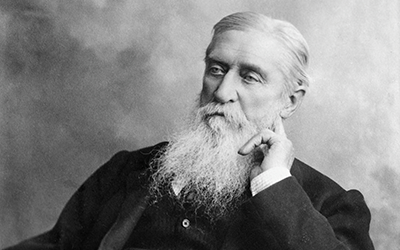 Temporary But Not Expedient: Māori electorates might have been created a temporary measure, but the road to creating them was the just cause of ensuring Māori enfranchisement taken by James Edward Fitzgerald and others. Success of the temporary, having endured for 151 years, deserves to be respected for its role in guaranteeing representation of New Zealand’s indigenous minority, and emulated, rather than abolished. image Herman John Schmidt

Aotearoa is not just the world’s first full democracy because it was first to enfranchise women. Thanks to New Zealand’s geographic isolation and late colonisation, a partnership approach was attempted from the get-go, with greater and lesser success.

One uniquely New Zealand innovation, in the bicultural project, was the dual electoral roll that guaranteed Māori representation. Although ‘One-New Zealand’ bigots have seethed ever since, the dual-roll system has survived 151 years. With 52% of Māori on the Māori roll, calls for its abolition are likely to be resisted for another century and a half.

Mixed-member proportional, voted in by a binding referendum in 1993, has similarly resisted subsequent, persistent abolishment efforts. With supporters of the still existentially vulnerable Green Party generally the youngest voters participating, it is diminishingly unlikely that any initiative to reduce the high degree of proportionality afforded by mmpmixed-member proportional would be successful. Curiously, the strengths of New Zealand’s unique, serendipitous combination of dual roll and highly proportional representation are little appreciated, seldom celebrated, and never emulated. stvsingle-transferable-vote advocates can have a jaundiced view of mmp, seeing a two-tick system as an anathema to a ranked one, and would gladly trade away mixed-member’s mostly faithful proportionality for the opportunity to standardise voting using ranked-choice systems.

As it happens, no trade-off is necessary—ranked-choice can be layered over mmp voting. It is self-evident that the only time single-preference—first-past-the-post—voting is fair is in a two-horse race, and even then, only to the extent that recording an abstention should always be an option. Although voters have a right to rank both local candidate and party, the provision of party-preference ranking would address the persistent misapprehension that the party vote is somehow a second preference, additional to the party represented by the candidate. Faux First-Past-the-Post Landslide: A less-than 44% share of the vote has handed the United Kingdom’s Conservative and Unionist Party more than 56% of the parliamentary seats. Predictably, in the aftermath, all the talk is of landslide victory, rather than the flagrant lack of proportionality. A flawed electoral system has empowered nationalism precisely at the time internationalism is needed to mobilise climate action. chart Wikipedia

That strictly proportional representation is imperative is richly illustrated by the ‘landslide’ of 365 of 650 seats delivered Friday to the Conservatives by first-past-the-post, despite their party winning less than 44% of votes cast—less than 30% of registered voters. Even adding the Brexit Party and ukip’s votes, the Leave parties only barely mustered 46%. Using a purely preference-voting system to achieve proportional representation is a massive and unnecessary compromise, yet stv is frequently defined as a proportional representation system. To be truly proportional, stv requires candidates to be elected at large—one single electorateconstituency for the entire country. But even if not carried to that extreme, electorates, under mmp, tend to the enormous. Boundary changes to New Zealand’s 580-kilometre-long West Coast–Tasman electorate are instructive:

Meantime, some of the Māori electorates are already gargantuan, with Te Tai Tonga occupying the entire South Island of Aotearoa, and the best part of the North Island-based capital-city conurbation. And because there are only seven of them, without the fidelity of mmp, the chances of Māori-roll representatives reflecting support for minor parties are remote indeed. Stark Contrast to Obliterating Conservative Landslide: Nine years of National Party-led government left New Zealanders voting for change, even if that sentiment was spread across three parties of varying compatibility, and ethics. What Aotearoa has failed to do, after 23 years of multiparty government, is transcend binary, party-first politics, and govern collectively for the common good of the nation, much less the common good of the climate. chart Wikipedia | Jack Boltar

mmp, since its first use in Aotearoa in 1996, has proved problematic for minor parties, largely due to the too-high, sudden-death threshold of 5%. But even with the threshold lowered to 4%—as recommended in the brazenly ignored, and altogether too tame, 2012 review—supporters of minor parties risk blowing their party vote. The simple, bleedin‘ obvious fix is to allow ranked-choice-voting—stv—for the party vote.

But stv can also contribute when electing local representatives. Currently, the two largest parties hog all but onethe National Party-gamed Epsom seat of the 71 electorates to be 72, from 2020 onward, thanks to bad-old first-past-the-post voting. By allowing voters to rank candidates, the smaller Green and New Zealand First parties would pick up some electorate seats, leaving less reliance on list seats. Additionally, removing the trap of requiring voters to be aware of whether they indicate their preference by ticking or ranking is just one, but very useful, way the electoral system can be made more user-friendly.

The road taken by Aotearoa to proportional representation was unique:

New Zealand’s reform was perhaps the most momentous of all.

Despite the success of proportional representation, political parties have proven to be serially disinterested in addressing mmp’s imperfections or, alternatively, have attempted to turn back the proportional-representation clock. Meantime, one area deserving of exploration is the possibility of introducing some multi-seat electorates. stv advocates are invariably keen to point out that communities of interest, particularly densely populated areas, would be better served were they not arbitrarily subdivided. mmp potentially provides greater opportunity to vary the number of electorate seats, given its pool of list representatives to achieve proportionality.

With the salvation of a survivable climate dependent on ending democratic dysfunctionality, and given New Zealand’s pioneering of indigenous and women’s enfranchisement, and hand in implementing practicable stv, its bicentenary is the exact time to commit to further building its electoral system, fit for the 21st century.

Two-thirds of the Northern IslandNorth Island, Aotearoa – New Zealand is held under a tenure which is ignored by our law. Is it possible to govern any people by a law which does not recognise their estate in land?

I blame no man for the past, but for the future I take this as my guide that a people cannot be governed by a law which pretends to be powerless to deal with their property; and that one race cannot govern another as a pariah class – make laws for them, and so on ignoring their right to partake in the making of those laws.