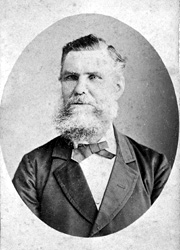 Choosing whose story to tell from the rich array offering, is both necessary and difficult. The descendants of those who do not appear should not be offended. Some of those chosen led interesting lives in the earliest days of the colony, some gave special service—Peter Greenhill qualifies on both counts—others were a bit out of the ordinary by Mahurangi standards, such as Dr Dalliston, or Hugh Lushington. Joseph Gard appears, although his career as farmer was brief and undistinguished. Unlike his contemporaries, he kept a diary, and so earns immortality for his picture of the problems and the joys of the first settlers. The services that helped to ease their lot: the mails, the primitive medical aid, the pub, fit conveniently into this part. A number of settlers, endowed with more drive and entrepreneurial flair than the rest, appear in Part 7, and others among the shipbuilders of Part 5.

Continue to next online published chapter »