Rex Fairburn and his Mahurangi friends 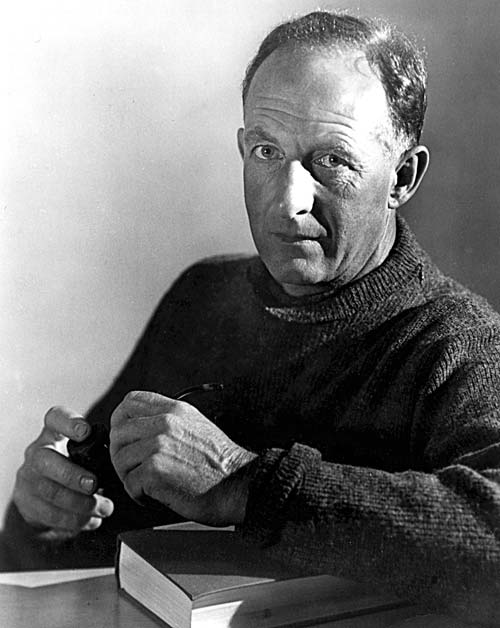 Always to Mahurangi: Also with family for extended holidays under canvas, or in Terry Bond’s mother’s house next door to her son’s property, it was, in Rex’s wife words, “…and up to Mahurangi, always to Mahurangi.” image Fairburn archive

Realising that winning recognition as a poet and writer was no easier in England than in New Zealand, Rex FairburnArthur Rex Dugard, known as Rex, wrote as ARD—Fairburn sailed for home in 1932, with his wife Jocelyn and child.

On the ship he met Terry Bond, a New Zealander who had been successful in publishing in England, but also felt the pull of home. Terry had the notion of giving up the rat race for the peasant life, and it was not long before he found Mahurangi, choosing the land adjoining my grandfather’s. He had married Margaret Salmond after a shipboard romance, cruised up, and set about building by stages an eccentric house, its furnishings dominated by books. So established, he issued invitations to Rex, who responded. On this first visit Rex fell hopelessly in love with Mahurangi. For the rest of his life, it remained his special place—his bolthole from the city. Thereafter he would turn up unannounced on Terry’s sofa, having hitchhiked from town and walked in by night. As Terry put it, ‘it is the last four miles that count’. Usually, though, he would putter up from his home in Devonport in a 12ft craft with a one-cylinder petrol motor. He fitted it with a mattress so he could steer with his feet and contemplate the stars.

Rex brought in a circle of his artistic and intellectual friends, holding camp in Ōpahi Bay—then unsubdivided for residential developmentas published 2001: unsubdivided. He had a passion for outdoor living, and swimming in particular. This he much preferred in the nude, and came eventually into some conflict even with his best local friends. Paddy McElroy was surprised to find a dripping young man in such condition at the bottom of his garden. They became friends, and Paddy presented him with a silver whisky flask, given to his father William, for completing efficiently his contract on the Waiwera Bridge in 1882, by Rex’s grandfather Edwin, who was Public Works Department engineer in charge of the Great North Road.

Claude Thompson of Warkworth remembered Rex as a very kind man with a knack for getting people to talk about themselves. Claude was finding his feet, back in Auckland, after a horrific war as slave labour to the Japanese, on an Indonesian equivalent of the Burma Railway. At a party on the North Shore, he met Rex. They talked and Claude gave him a lift home. After a game of golf, they became firm friends. Rex encouraged him to write the story of his war experience, while recovering from appendicitis. A worthy book resulted, and was published under the title, Into the Sun. 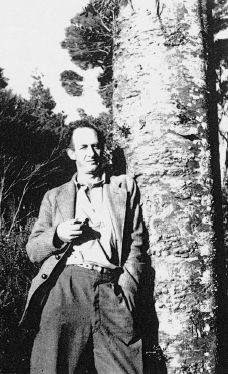 Rex Fairburn in the 1940s: Mahurangi became ‘a magnetic centre for his spirit’ according to his biographer, Denys Trussell. He not only had an emotional tie with the landscape—bush and estuarine—but also an ancestral one through the exploration by his missionary great-grandfather, William, and through the engineering achievements of his grandfather, Edwin Fairburn. image Jade River : A History of the Mahurangi

Rex died at 53, of cancer of a kidney. If others have felt more deeply for the Mahurangi, they have not put it into words so well. There is no doubt about the inspiration for these lines from one of his best poems:

The Estuary
The wind has died, no motion now
in the summer’s sleepy breath. Silver the sea-grass
the shells and the driftwood,
fixed in the moon’s vast crystal.
Think: long after, when the walls of the small house
have collapsed upon us, each alone,
far gone the earth’s invasion
the slow earth bedding and filling the bone,
this water will still be crawling up the estuary,
fingering its way among the channels,
licking the stones;
and the floating shells, minute argosies
under the giant moon, still shoreward glide
among the mangroves on the creeping tide.
The noise of gulls comes through the shining darkness
over the dunes and the sea. Now the clouded moon
is warm in her nest of light. The world’s a shell
where distant waves are murmuring of a time
beyond this time. Give me the ghost of your hand:
unreal, unreal the dunes
the sea, the mangroves, and the moon’s white light
unreal, beneath our naked feet, the sand.