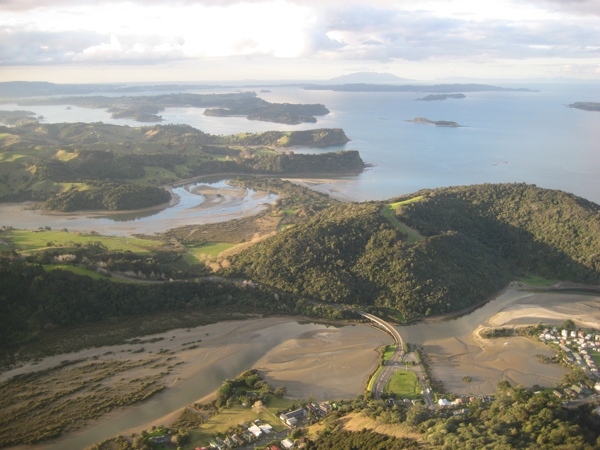 Seventies Vision for Coastal National Park: Unbeknownst to Dr Ronald Locker, when he was vigorously canvassing support for a Mahurangi seacoast national park, two men were way ahead of him, shaping the new Auckland Regional Authority as a coastal regional park creation machine. The first acquisition was Wenderholm, part of what is, since a small but crucial 2020 addition, the 1000-hectare Mahurangi regional seacoast park. image ImageShack

On a sunny afternoon in 1965, I sat upon a headland of the Mahurangi, enjoying the familiar beauty, and wondering how long it could last. I had spent half that year in the United States, where I had seen the evils of private ownership and development of the shoreline, but at the same time had become aware of determined attempts to compensate by the creation of a chain of national seashores, an imaginative extension of the splendid United States national parks system, to the coast. Our national parks were then confined to mountain wilderness, heavily weighted toward the South Island, and ignoring completely the heavily populated upper North Island. Inclusion of coastline was incidental, except for the Abel Tasman Park, considered by some to be an unjustified stretching of the criteria.

In my view, the natural choice for parks to serve the Auckland regionas published 2001: province was the pōhutukawa coasts of Northland or the Coromandel. But such land was nearly all modified and much was in private ownership, falling far outside the highly purist criteria of the National Parks Authority of that time. My argument was that we too needed national seashores, and these should be looked at in terms of the British national parks, in which developed and privately owned land is a normal feature. A fear for my beloved Mahurangi was much to the fore in my thinking. 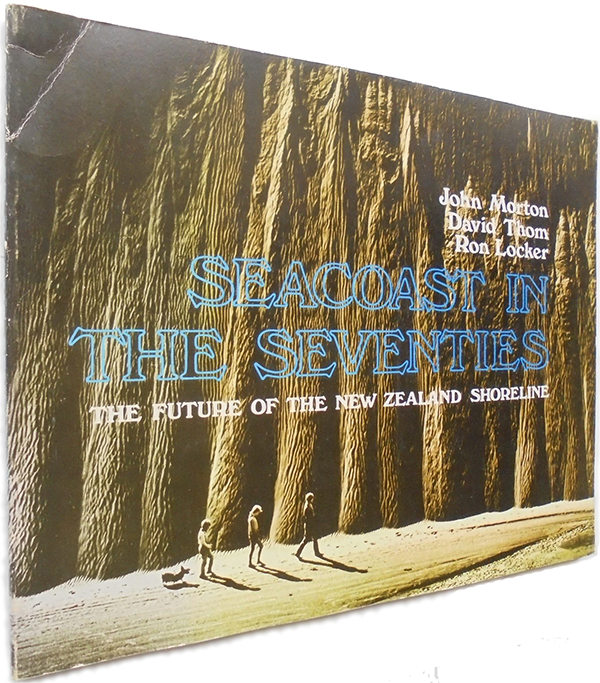 Beloved Mahurangi Saved Regionally: While campaigning for New Zealand’s mountain-centric national parks to be complemented by national seacoast parks, Locker’s “beloved Mahurangi” was already on its way to becoming just that, thanks to Jones and Turner, and the Auckland Regional Authority. Without question, however, Locker’s argument for national seacoast parks was sound in the 1970s, and is even more urgent now, given the 70-metre sea-level rise that the world is doing nothing at scale to avert. publication Hodder and Stoughton

The 1960s were years of prosperity in Aotearoa, and the dream of a seaside cottage was within reach of manyas published 2001: most. Seaside subdivisions were booming. A few people were becoming concerned at their advance over choice coastline. I began to write on the topic, and eventually my thoughts became part of a pioneer book on the subject—Seacoast in the Seventies: The Future of the New Zealand Shoreline, J Morton, D Thom and R H Locker, Hodder and Stoughton, 1973. This may have done some good in kindling concern nationallyas published 2001: concern, but the solution for Mahurangi came from a direction quite different from what I had advocated.

From its inception, the then Auckland Regional Authority was a coastal regional parks machine. The authority’s inaugural regional parks committee chairman, Arnold r Turner cmg, llm, Hon mnzpi, had drafted the regional parkland acquisition clauses of the legislation under which the Auckland Regional Authority was established. The first move was the acquisition of Wenderholm in 1965. Borrowing money to pay for it established a precedent that no respectable local body would previously have contemplated. For works a loan was acceptable, but not to purchase a reserve! The price seemed high at the time, but no-one would now argue that it was not money well spent. The usage over the years has vindicated a wise and courageous landmark decision. Had it not been so, the spit would long sinceas published 2001: now have been covered in cottages. The purchase set in train the acquisition of a chain of regional parks that are now treasured assets of the region.

It was clear that the unspoiled shoreline north of Wenderholm was just as worthy of preservation. So, in 1968, the regional authority moved again. Part of the Tungutu Block: the north end of Ōtarawao and the southern end of Mita Bay were purchased. In 1973, the authority bought the headland and beachfront at Te Muri, and about that time, the West Heads and the Nokenoke Block immediately upstream of the urupāas published 2001: (behind the cemetery). In 1984, the north end of Mita Bay was bought, the property extending over into Ōpahi. This purchase completed a continuous reserve from the Pūhoi rivermouth into Ōpahi Bay. 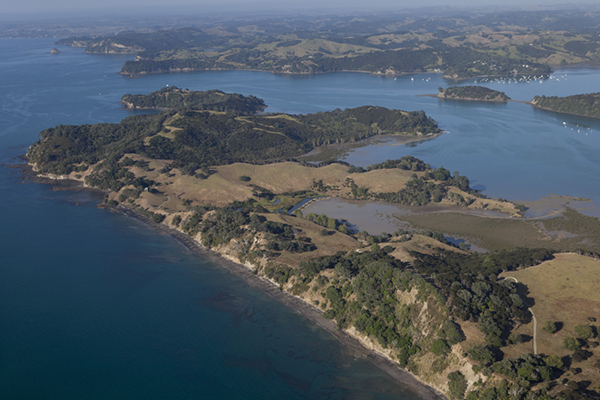 1000-Hectare Veritable National Seacoast Park: The acquisition of 1000 hectares of seacoast north of Mahurangi Island, top left, since the 1960s should be all the solace any son or daughter of the Mahurangi ever needed. But much of its most sublime shoreline is set to be submerged, along with all its beaches, because humanity choose individual prosperity ahead of a collectively survivable climate, much less multi-millimetre sea-level rise ahead of that of 10s of metres. Foreground includes the 95-hectare, 2020 acquisition partly funded by the trusts of John and Margaret Turnbull. image Auckland Council

On the eastern shore, the 3.2 hectares of Scott Homestead were added in 1973, as a small but strategic reserve at the end of Ridge Roadas published 2001: the Mahurangi East Road. It is supplemented by a scenic reserve, stretching back along the ridge-top to connect with the road.

The park was completed with a purchase on the eastern heads, extending from Poplar Bay, Te Kapa, across to Lagoon Bay and Big Bay. It excludes Lushingtons Bay, Dairy Bay, the point north of Lagoon Bay and Bush Point—the corner headland of Kawau Bay. The old lighthouse reserve holds Sadler Pointas published 2001: the Eastern Head in public ownership. This eastern sector was a new departure for a regional reserve in having no access by public road. It is well used by wateras published 2001: boatmen.

The Mahurangi Regional Park is in my view the gem in the crown of regional parks. Where in all the north is there a coastal panorama to surpass that from Tungutu Point? There is room for extension of the park, particularly on the eastern side, but as it stands, we can have confidence that whatever may happen upstream, the choicest part of the Mahurangi Harbour—the heads—remains secure from disfiguration. Nothing that has happened in my lifetime has given me more satisfaction than this achievement. Taken together with such scenic reserves as MangōnuiLiterally, shark big, that is, big shark. As published 2001: Casnell Island. Recorded by Cudlip as Manga Noui and Sadler Point, and the near islands of the Hauraki Maritime Park, we have in fact acquired a de facto ‘National Seashore’, not far from the one I once dreamed of for the Mahurangi. The park now attracts more than 100 000 visitors a year and ranks fifth in usage. But Auckland has barely begun to discover it. Preserving its quality when it really is discovered will be a challenge.

Sixties movers and shakers sold short Ironically, given that he had co-authored a book championing the need for coastal parks at scale, Dr Ronald Locker, in the printed editions of Jade River: A History of the Mahurangi missed the crucial and heroic fact that the Auckland Regional Authority was conceived and empowered from its inception to establish coastal regional parks—it was not something dreamed up by its “Parks and Reserves Committee”. Accordingly, the first two sentences of the fourth paragraph have been rewrittenas published 2001, the first two sentences of the fourth paragraph read: From the outset, the Parks and Reserves Committee of the then Auckland Regional Authority, under the able chairmanship of Jim Holdaway—NB It was actually chaired by Judge Arnold Turner—was conscious of an obligation to provide for the future recreational needs of its people on a scale much larger than its local bodies had been able to achieve. It turned to Aucklanders’ traditional playground, the pōhutukawa coasts. Also deleted, in the interests of objectivity: It was done in the best years of the authority; it is doubtful whether its strife-ridden successor, the Auckland Regional Council, would be capable of the same, even if the opportunities were still there..